Back in April 2009, the Association of Volleyball Professionals (AVP) held the Riverside Open in downtown Riverside as part of the 2009 AVP Crocs Tour.

Since there is obviously no beach in downtown Riverside, I drove down to 3rd and Market a few times before the tournament started to see how asphalt could be transformed into a beach. 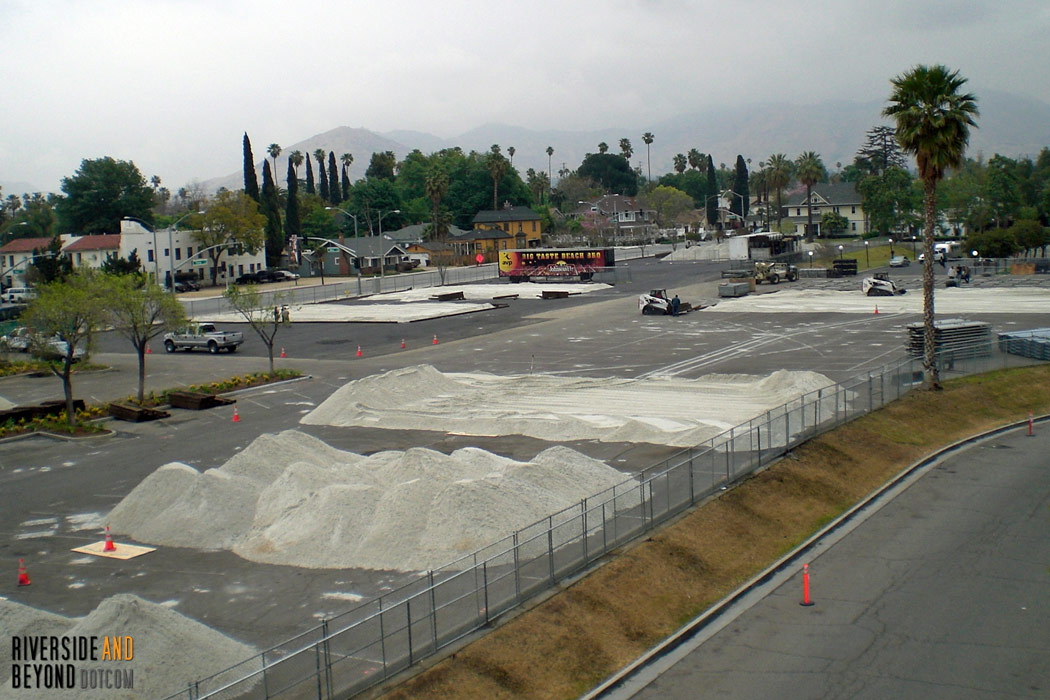 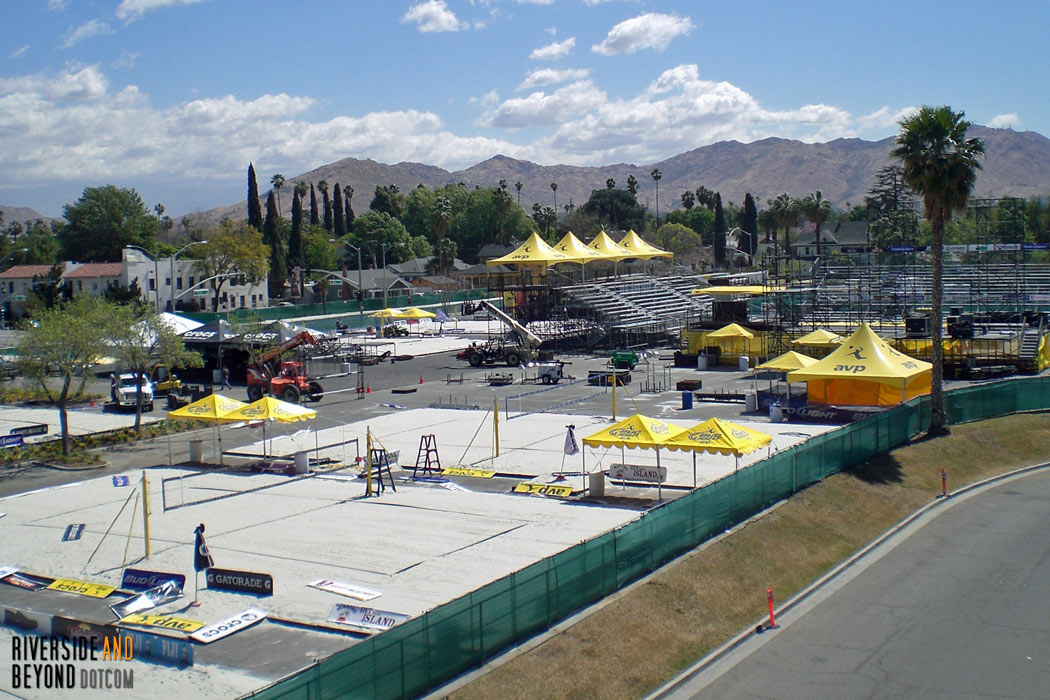 I took my daughter to watch the finals on Sunday. 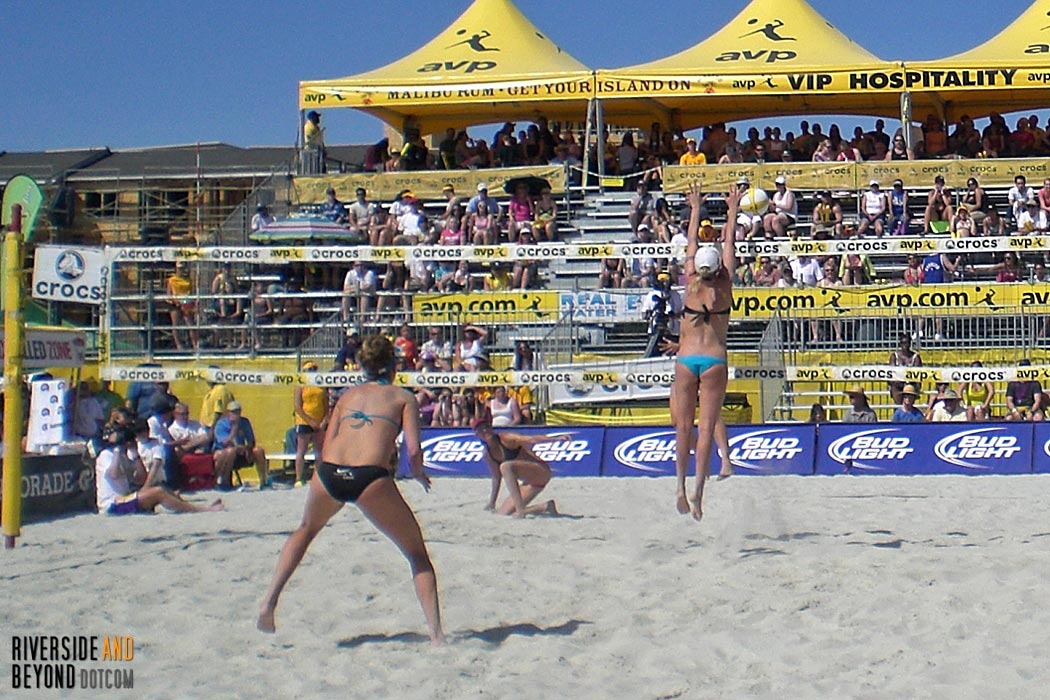 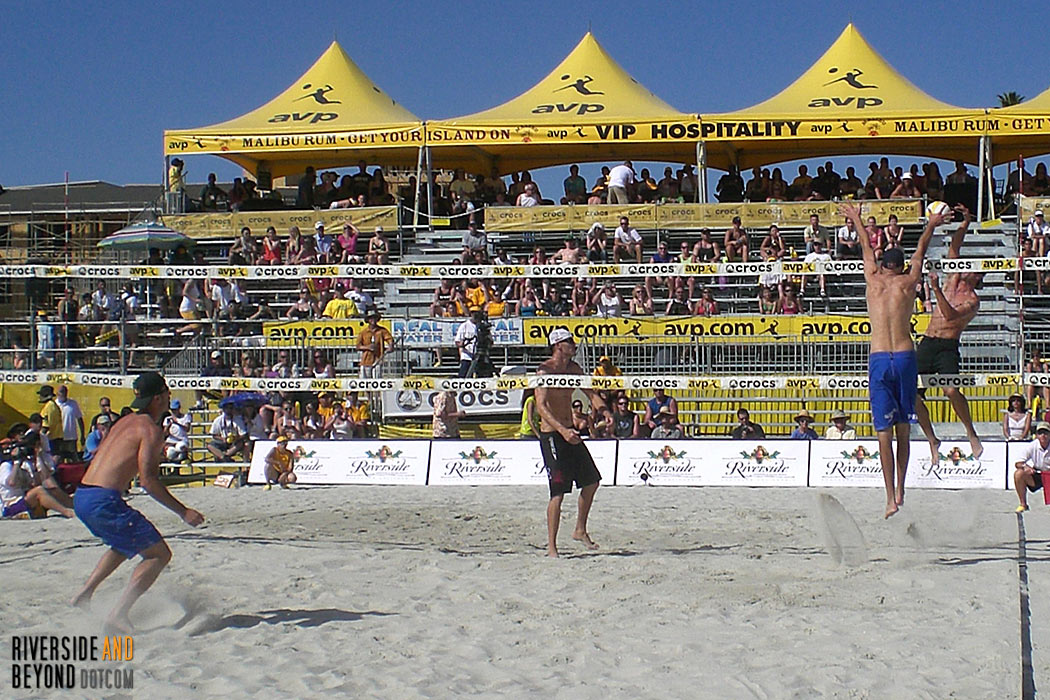 Six of the eight players in the final matches played beach volleyball for the USA in 2008. The remaining two players became Olympians in 2012. It is pretty cool to look back and realize that we got to watch eight Olympic athletes play beach volleyball in downtown Riverside. Combined, these players account for 6 Olympic medals (2 gold: Dalhausser / Rogers in 2008, 2 silver: Kessy / Ross in 2012, and 2 bronze: Ross in 2016 and Youngs in 2004).

I have been very involved in volleyball as a player, coach and fan, but this was the first and only AVP event I have ever attended. The City of Riverside seemed to have done a very good job organizing this event with the AVP. We had absolutely no problems finding parking or getting into the venue.