My wife and I found a new organic produce stand today at the corner of McAllister and Blackburn in Riverside. 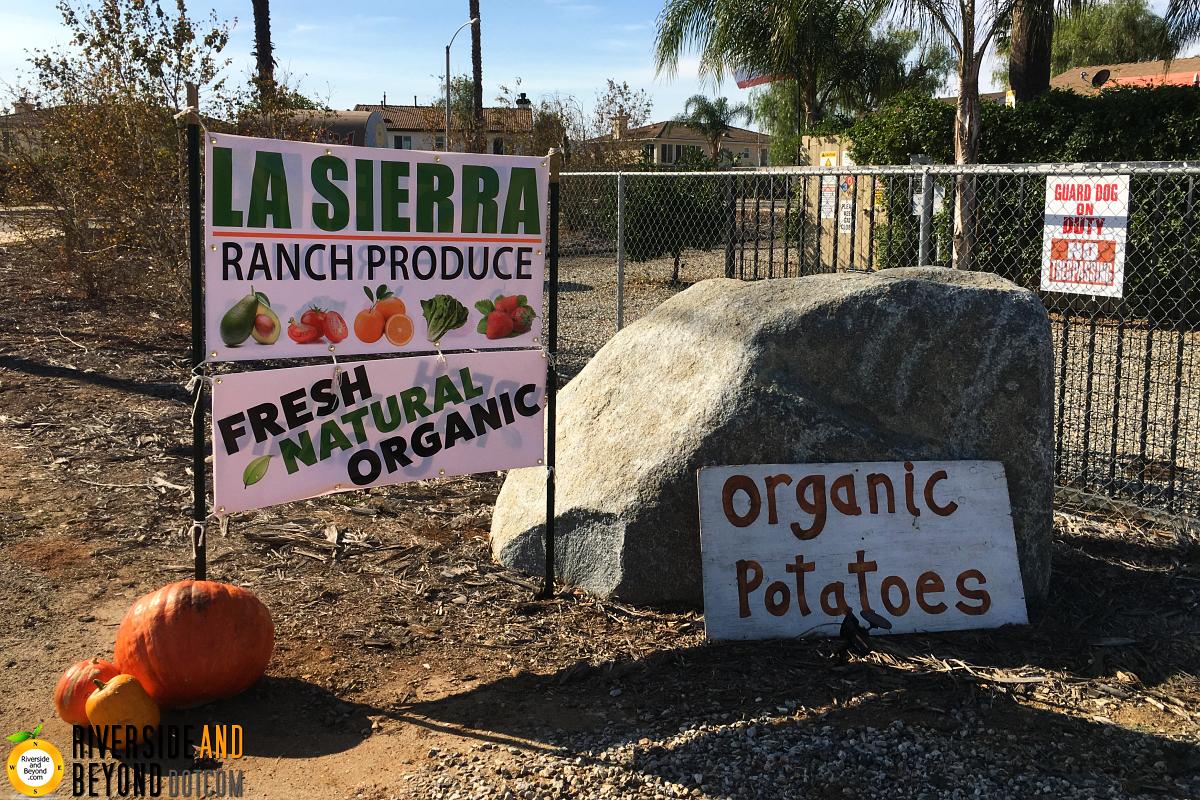 We didn’t have any cash with us, but my wife wanted to check it out. As a dutiful husband, I agreed. Happy wife. Happy life. 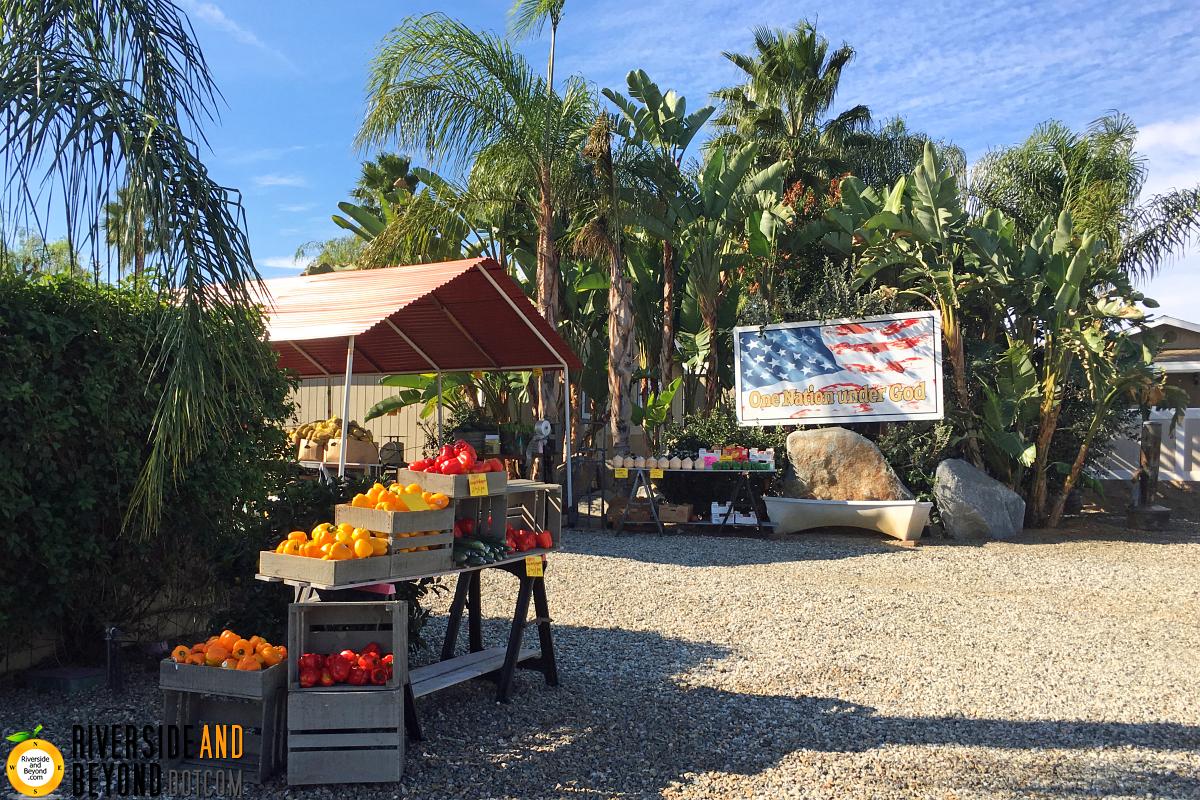 We spent some time talking to the guys who run the stand and found out that today was their second day in operation. 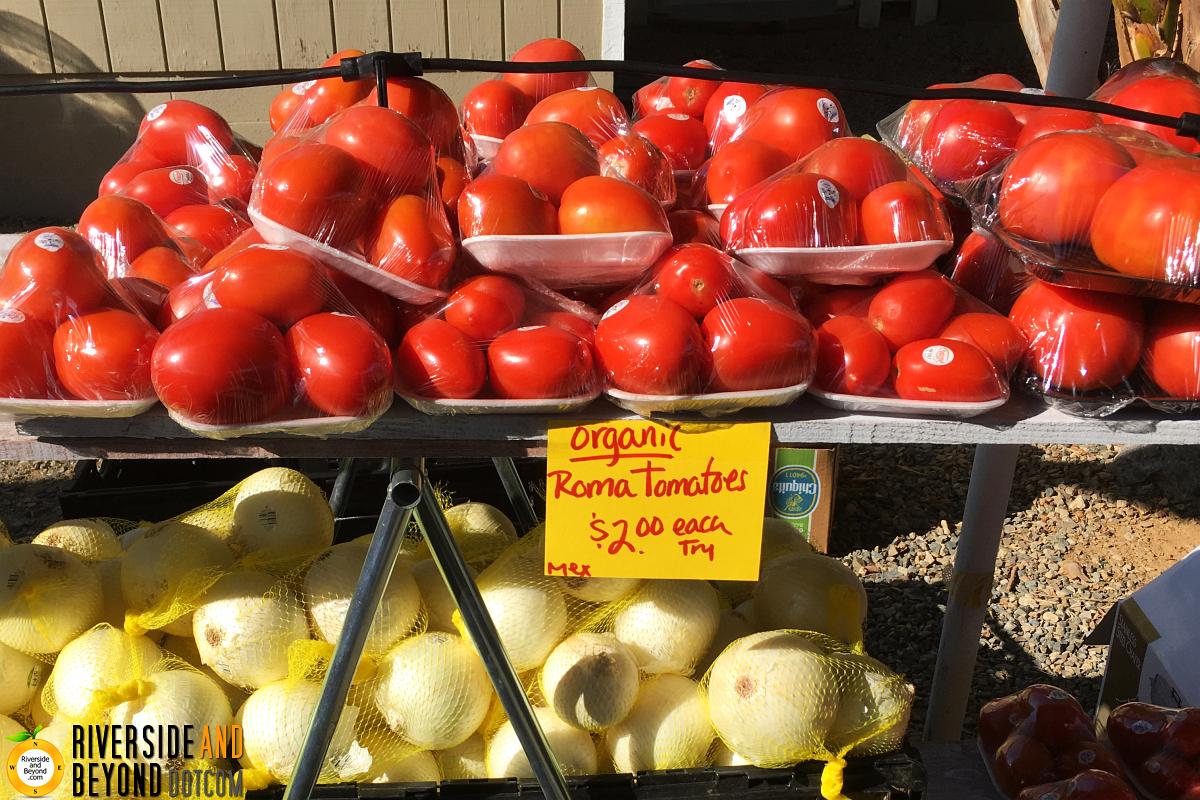 One is a farmer and the other operates a natural foods store. 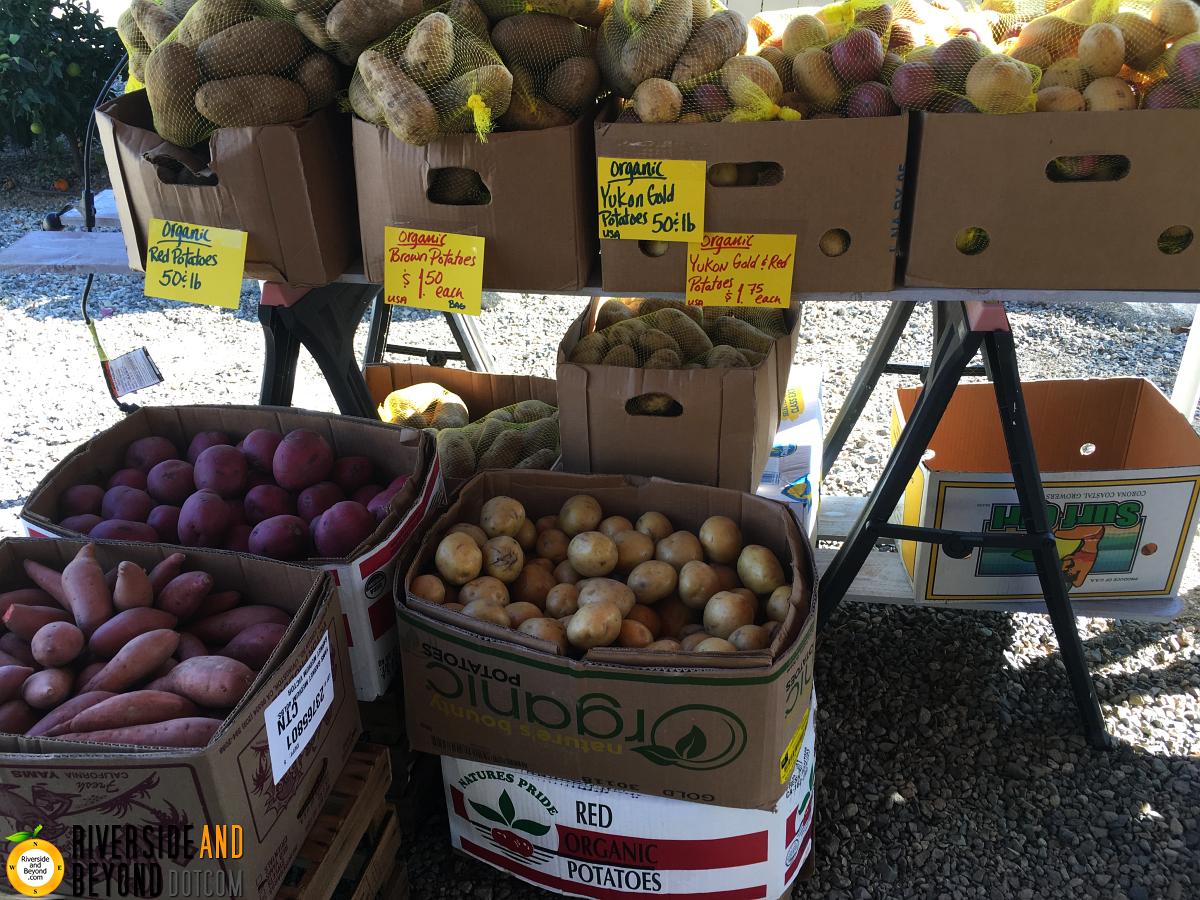 You can find out more about the partners on Instagram: 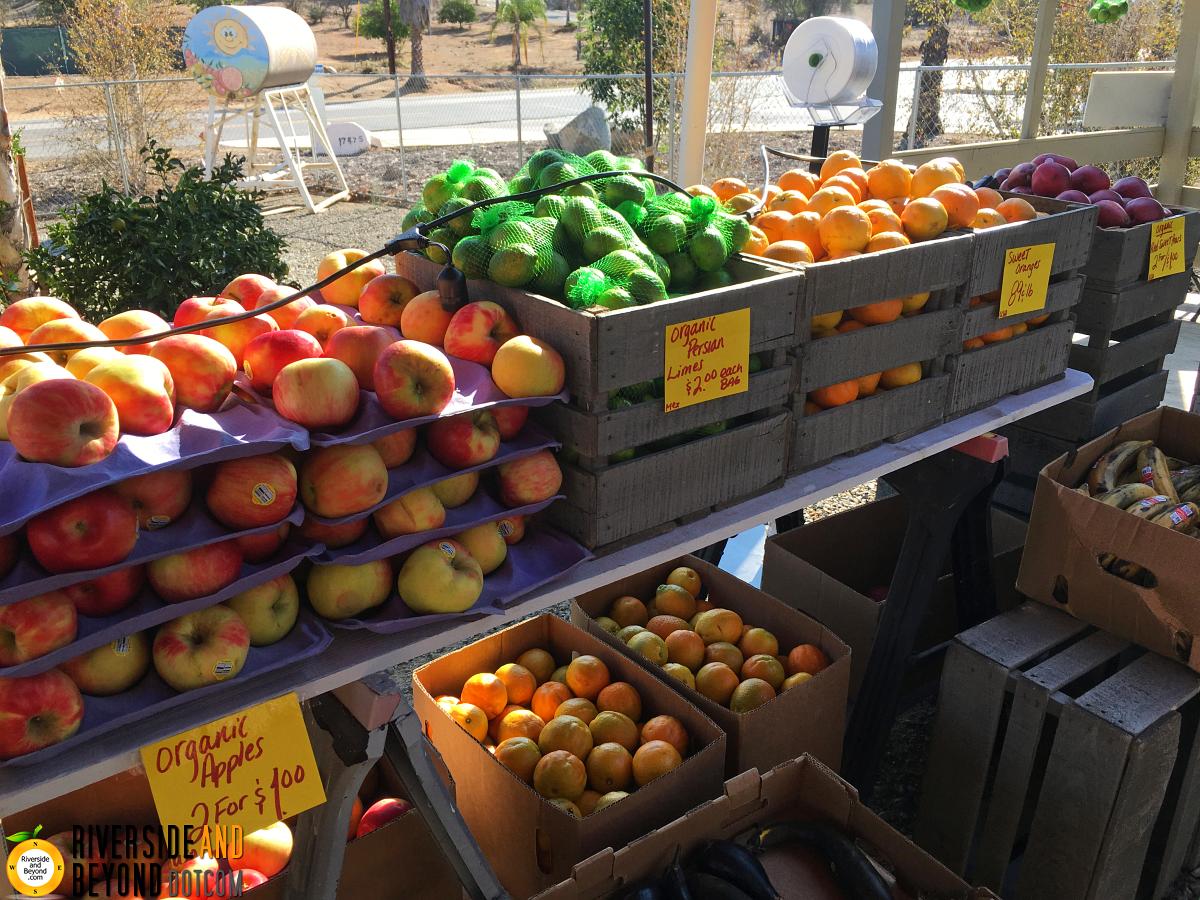 My wife already went back today. I’m actually eating a tasty red pear that my wife brought home as I publish this post. 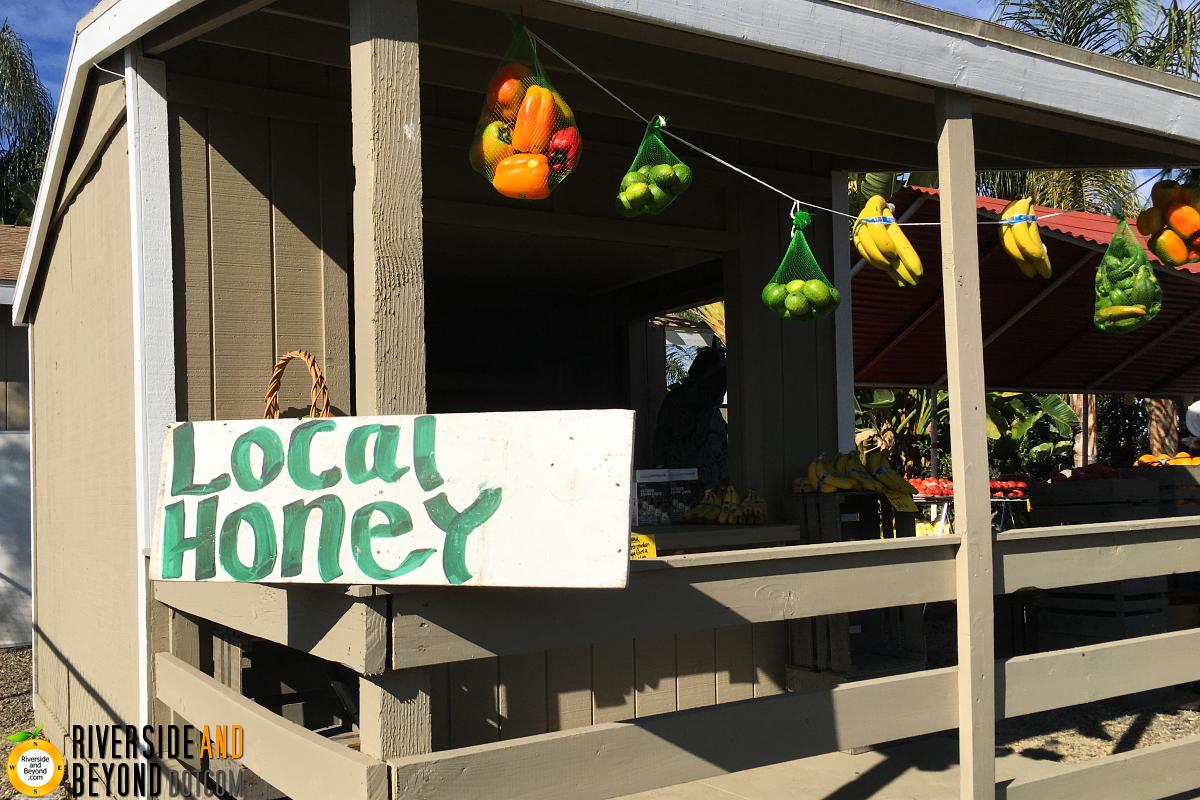 The stand will be open 7 days per week and is located at 17475 McAllister St. in Riverside, CA. 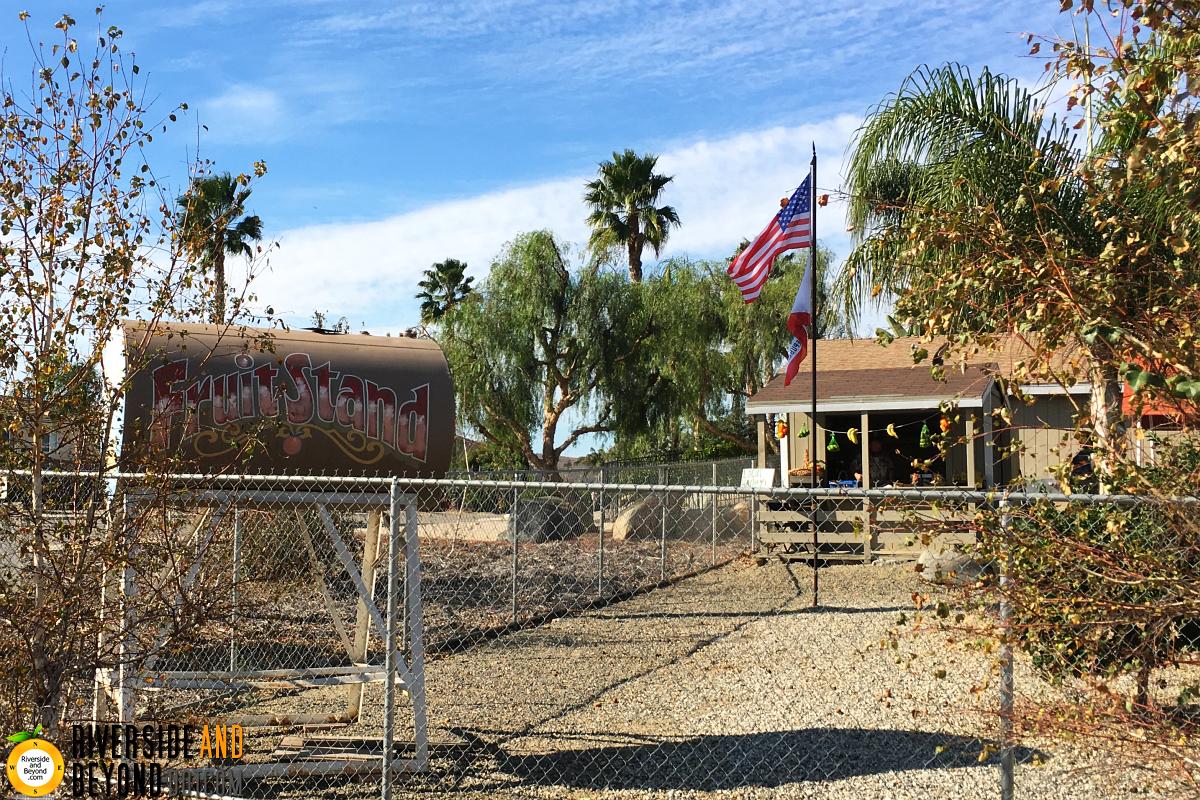 In a press release today, Wal-Mart stated that a list of the affected U.S. stores will be available at about 11AM CST.

From the press release:

As part of today’s action, the company will close 154 locations in the U.S., including the company’s 102 smallest format stores, Walmart Express, which had been in pilot since 2011. Walmart instead will focus on strengthening Supercenters, optimizing Neighborhood Markets, growing the e-commerce business and expanding Pickup services for customers. Also covered in the closures are 23 Neighborhood Markets, 12 Supercenters, seven stores in Puerto Rico, six discount centers, and four Sam’s Clubs.

Internationally, the company is following a disciplined strategy of actively managing its portfolio. Consistent with this strategy, the company is closing 115 stores outside the United States.

In total, approximately 16,000 associates will be impacted by the decision, about 10,000 of them in the U.S. More than 95 percent of the closed stores in the U.S. are within 10 miles on average of another Walmart, and the hope is that these associates will be placed in nearby locations. Where that isn’t possible, the company will provide 60 days of pay and, if eligible, severance, as well as resume and interview skills training. Whether with Walmart or elsewhere, the company’s objective is to help all associates find their next job opportunity.

A list of U.S. stores that are closing will be available today on the company’s website at approximately 11 a.m. CST.

Update 06/05/14: I heard yesterday that the Ralph’s closure has been postponed. I had to pick up some things yesterday at Ralph’s, and confirmed this with one of the employees while I was there. The employee didn’t know how long it would be postponed, but thought that it was due to the complaints from the community.

My neighborhood is abuzz with the news that the Ralphs in Riverside on La Sierra and Indiana will close in July, to be replaced by a Food 4 Less (both Kroger owned grocery chains). I called the Kroger customer service line this morning and was told that this is true.

I have heard from many people who have said that they will not shop at Food 4 Less, but will shop at Stater Bros. across the street instead. There is even a petition on change.org to save the Ralphs at 3350 La Sierra Ave.

I shop at this Ralphs too, and would like to keep it open. It is the closest grocery store to my home. However, I don’t know the store’s financial situation. This may be a smart move by Kroger, or it might be a horrible one because much of its customer base (present and future; there are still homes being built across the street) might shop elsewhere.

Since learning about this, I have not heard very nice things about Food 4 Less. While it is supposedly less expensive, I have heard that it is not as nice as Ralphs, has a smaller selection, and requires the customers to bag their own groceries.

I have never been inside of a Food 4 Less store, so I stopped by the Food 4 Less on McKinley in Corona yesterday to check it out. 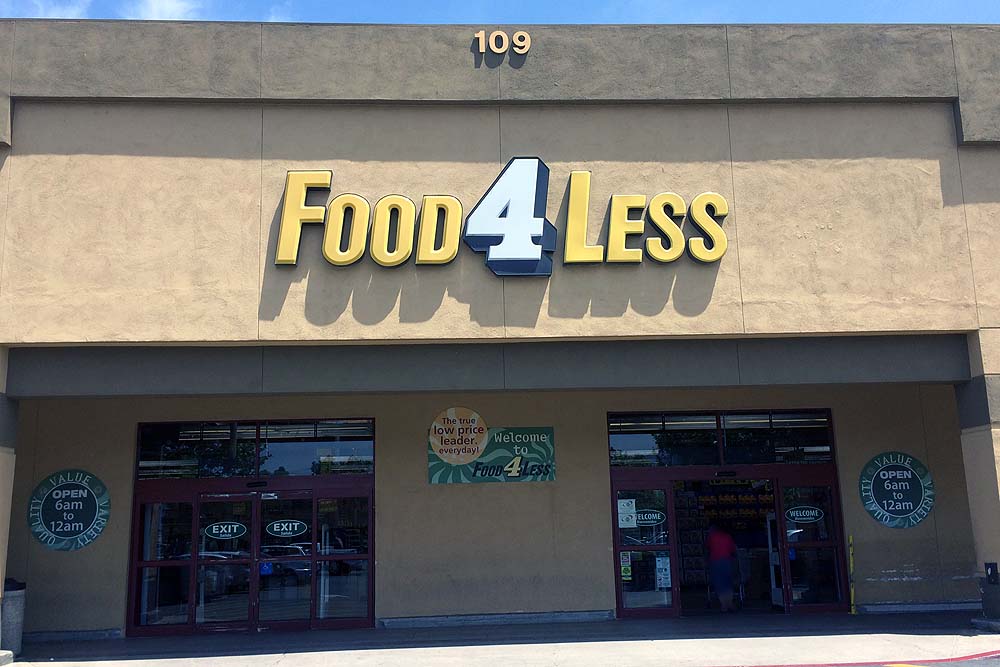 During my visit, I saw people bagging their own groceries, so that seems to be true. This seems very inconvenient, especially for parents with small children or people who require physical assistance. Food 4 Less also looks more like a warehouse store than a grocery store, and has fewer choices than Ralphs (at least for the items I buy regularly).

Since I am not the primary shopper in my house, I wasn’t sure about the price advantage, so I decided to price shop a few items at Food 4 Less, Ralphs and Stater Bros.

I looked at four items that I thought each store would stock. The following prices were from yesterday, 04/23/14.

Long story short, if I had bought two gallons of milk, 18 eggs, a bag of beef jerky and a pound of apples (a very possible shopping trip for me), I would have spent $24.05 at Food 4 Less, $24.35 at Ralphs and $25.45 at Stater Bros (before tax). Some of the items were on sale and I didn’t use any coupons. I assume there will always be pricing fluctuations between the stores, but these were the prices I would have paid yesterday.

Just comparing Ralphs to Food 4 Less, I would have saved $0.30 (about 1.25%), but I would have ended up with smaller eggs and would have had to bag my own groceries. Food 4 Less also has a smaller selection and is nowhere near as nice of a shopping experience. Definitely not worth it.

Stater Bros was a little more expensive, but the store is very nice inside and seems to carry a wider selection of groceries than Food 4 Less. I even found a few items that Ralphs doesn’t carry, and when I bought them, the checkers were extremely friendly.

I confirmed with a US Bank rep yesterday, that the US Bank will still be there when the new store opens. When I use the ATM, I will see what this Food 4 Less is like, but I currently have absolutely no plans to shop there. It appears that I am not alone.

A bit more info if you would like to keep reading:

I actually looked at more items, but they all had different packaging sizes and I would have had to calculate the price per ounce or item. I didn’t think that would have been a fair comparison.

Just in case anyone thinks I’m making up the prices, here are pictures from yesterday:

I have seen some recent comments about the freshness of Food 4 Less vs. Ralph’s. When I took pictures for this post, I also got some pictures that showed the expiration dates of eggs and milk. I didn’t get pictures of every container, but the pictures I did get show the following expiration dates:

While looking for some scooter parts online for my youngest son’s birthday, I came across www.thescooterzone.com. I was in a hurry and wanted to see if I could pick up the parts, so I was pleasantly surprised to find out that there is a location right here in Riverside. 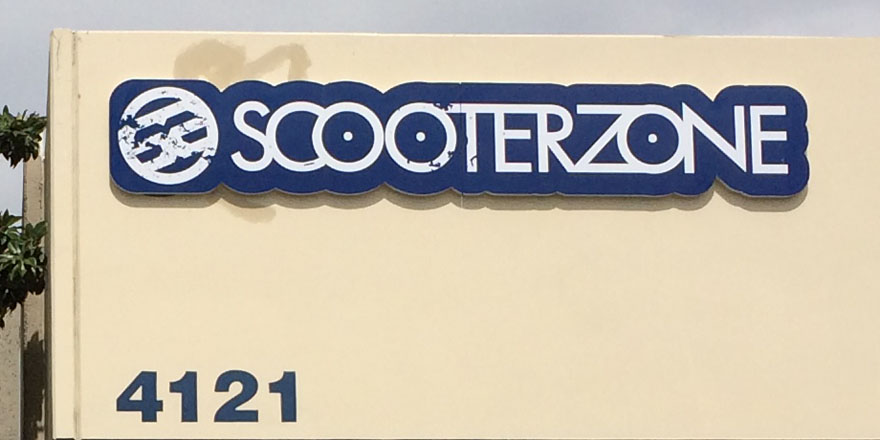 The store is stocked with everything a scooter lover could want, and I found exactly what my son wanted in stock. They also offer service and repair. 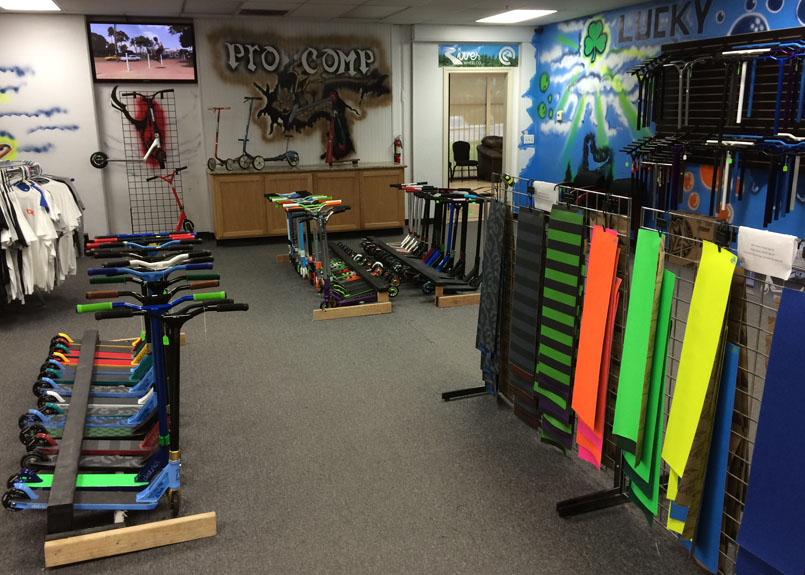 There was one other surprise… the indoor scooter park. For $10, my son can go ride in the Mega Zone Park for two hours. This is one of his new favorite places. 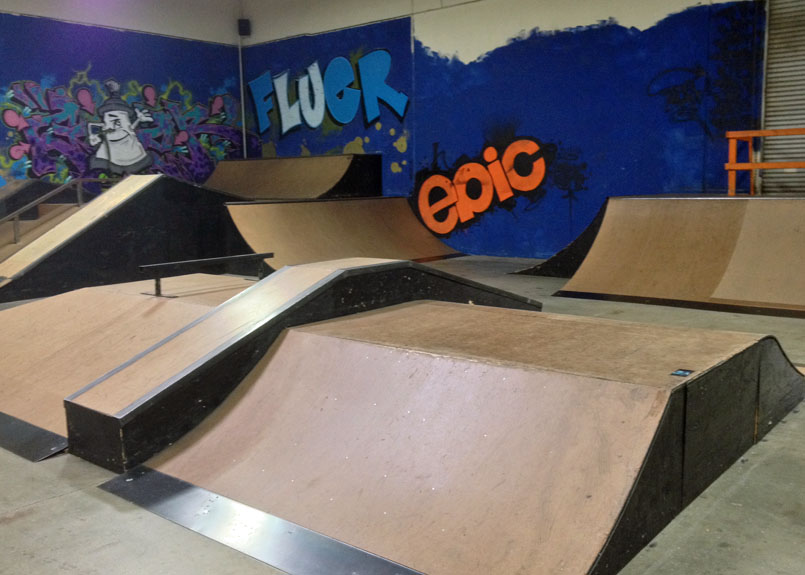 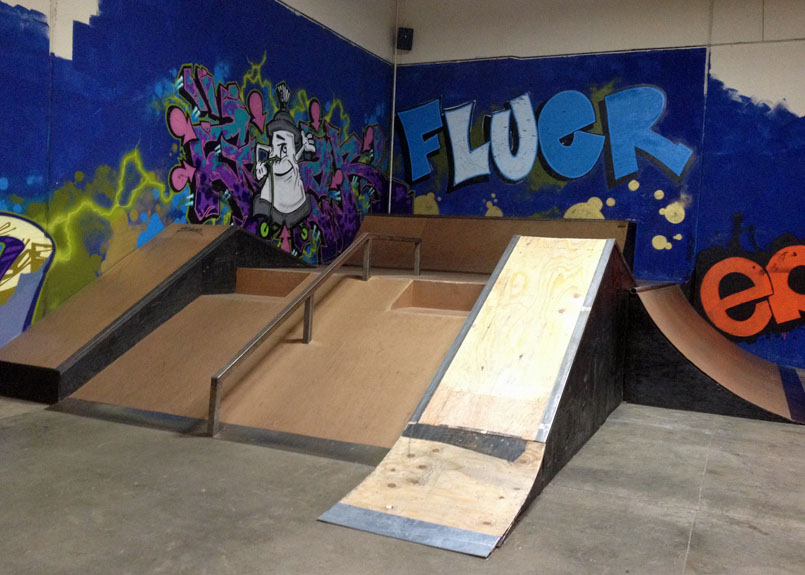 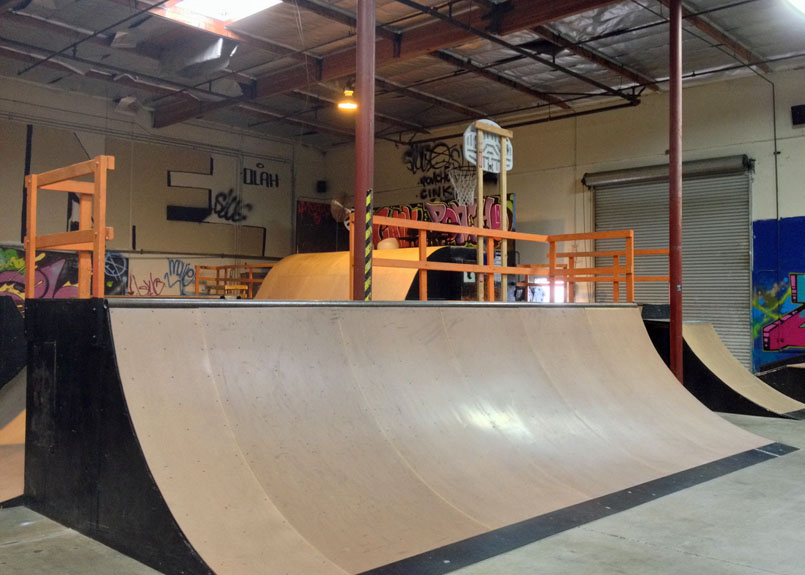 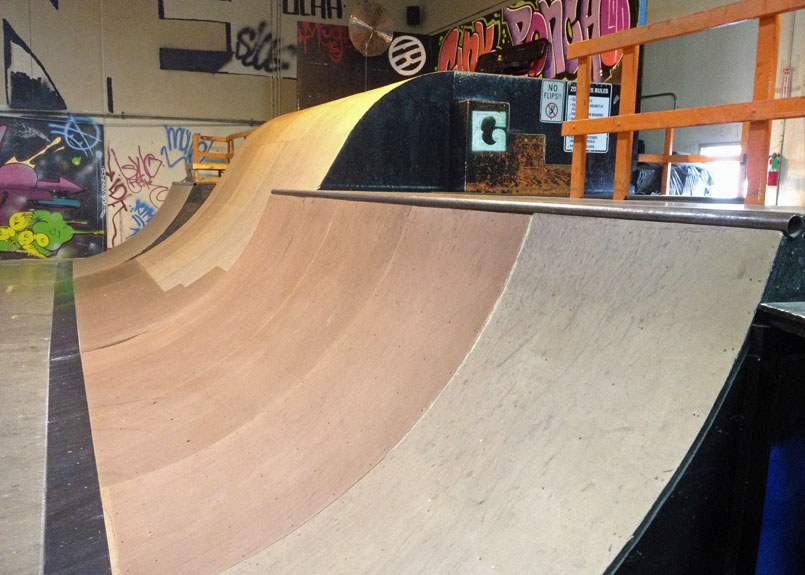 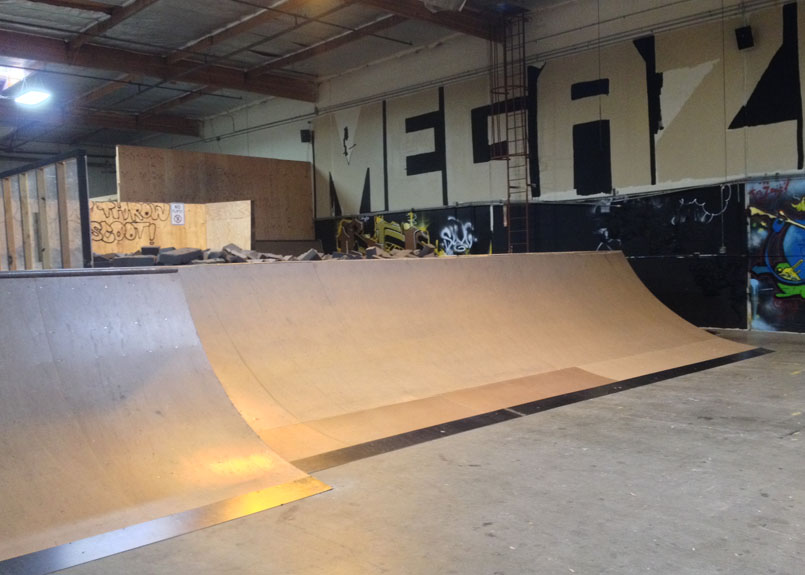 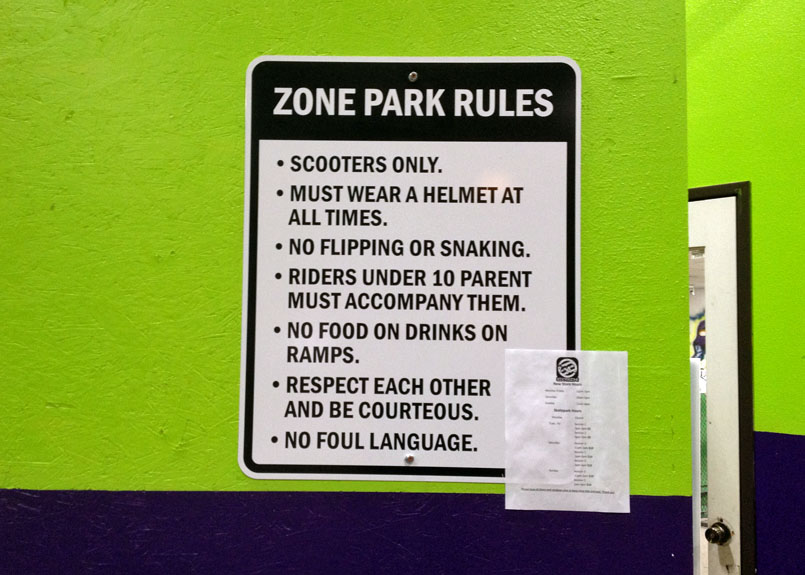 If you are a scooter lover, or know one, you might want to check this place out.

My youngest son enjoyed his first time fishing so much that he is asking me every day to take him again. Since I have lost track of the fishing equipment my dad and I used when I was a kid, it was time to go shopping.

After checking out the selection of rods and reels at our local sporting goods store, we decided to try out Bass Pro Shops in Rancho Cucamonga. This place is awesome. 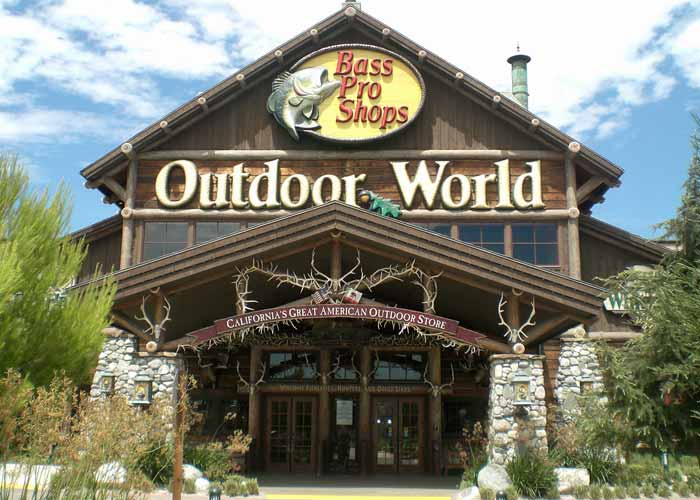 When we walked in for the first time, it took a few minutes to take everything in… aquariums, rock formations, stuffed animals, and lots of stuff to buy. Check out the pictures on the store’s website to get an idea of how huge this place is.

It reminded me of the Blues Brothers when Jake and Elwood were driving through the mall and Jake said, “This place has got everything.”

If you are in to hiking, camping, kayaking, boating, fishing, hunting, shooting, archery… (you get the idea), then this is your place. The fishing section alone is the largest I have ever seen.

In addition to all of the merchandise, this store has an indoor shooting range, an indoor archery range, a NASCAR simulator, a full service fish restaurant and a shooting arcade.

I have found that big stores often suffer from poor customer service, but not this place. I saw five employees working in the fishing section alone, and there were probably more. Two of the employees helped me pick out what I needed, and I appreciated that they did not try to steer me into the most expensive equipment.

The next time we need anything for the great outdoors, we will definitely be back.