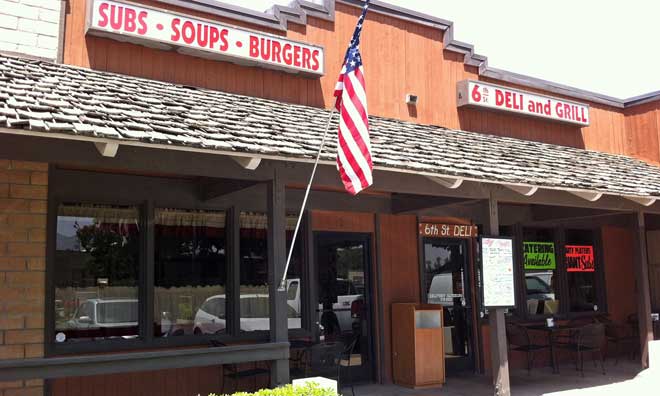 I was really in the mood for a sandwich one day, but I wanted to try something new, so I consulted Google and found Sixth Street Deli in Norco.

Sixth Street Deli is tucked away in a small shopping center in the heart of Norco. Although I went for a sandwich, I found out that they also serve burgers, salads and more. 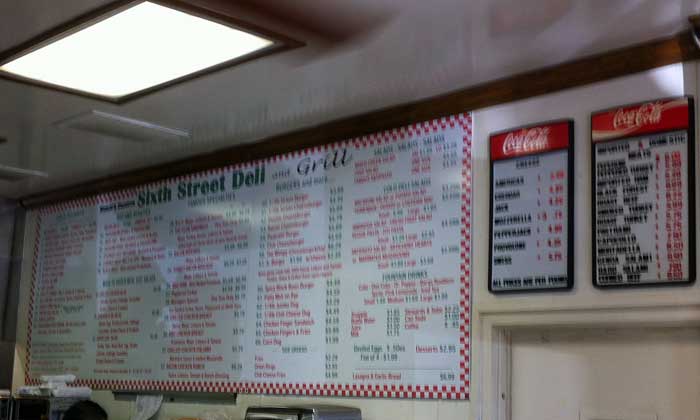 I have been to Sixth Street Deli about four times. On my first visit, I tried the pastrami. Pretty good. On my next two visits, I tried some of the cold sandwiches. The meat is great, but the bread is a bit too chewy for me. Also, the Italian oil is very overpowering. On my last visit I ordered the Manager’s special, which is hot turkey, bacon and cheese on white toast. Again, the meat and cheese were great, but it would have been much better on different bread.

If I hadn’t found Jersey Mike’s shortly after finding this place, I’m sure I would go back and just tweak my order a little bit.