When Flynn’s Arcade in Disney California Adventure closed, I wondered where the classic arcade games would go. They seem to have ended up on the first floor of the Starcade in Disneyland by Space Mountain. I don’t know if they are the exact same games that were at Flynn’s or how long they will stay, but I was pleasantly surprised to find them on our trip to Disneyland on Easter.

Yes, I gave in and got passes again.

It seems silly to play video games at Disneyland, but we did it anyway. It’s not often that we get to play classics such as Galaga, Scramble, Space Invaders, Tron, Pac-Man and Asteroids. I even showed my kids how we did it in the old days by getting the high score on Galaga.

Unlike Flynn’s Arcade, Starcade is open during the day, but there aren’t any special tokens like there were at Flynn’s.

In addition to the classic games, there are also a few Fix-It Felix Jr. games from the movie Wreck-It Ralph. 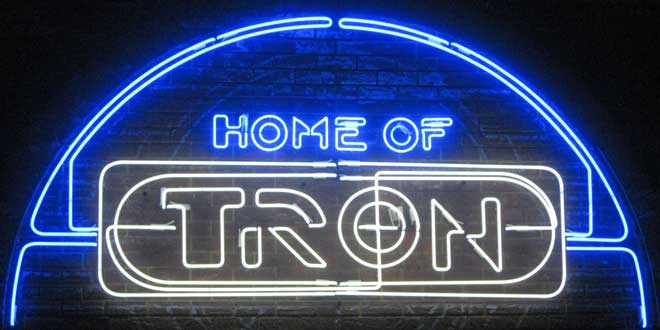 I bet that most people don’t care too much about this, but Flynn’s Arcade in Disney California Adventure is closed. Flynn’s Arcade was part of elecTRONica, which ended last weekend. 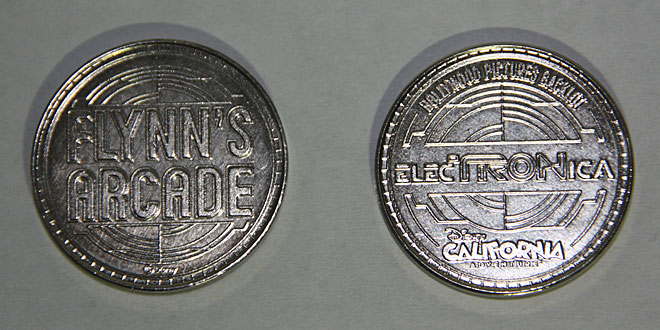 Flynn’s reminded me of the arcades that I loved as a kid.  No prepaid game cards, no stuffed animals, just good old coin-fed video games including my childhood favorites, Donkey Kong and Galaga.

Even though Flynn’s only had games that would have been found in a 1982 arcade, my kids still enjoyed playing the classic games.

I won’t miss elecTRONica, but I will miss Flynn’s. Maybe Disneyland will update Flynn’s to fit the new Mad T Party concept.