My wife spotted an osprey today at Lake Mathews, so I went back with my camera to see if I could get a few pictures.

When I arrived, I saw what appeared to be a big bird on a rock in the middle of the lake, but it was too far away for my lens. 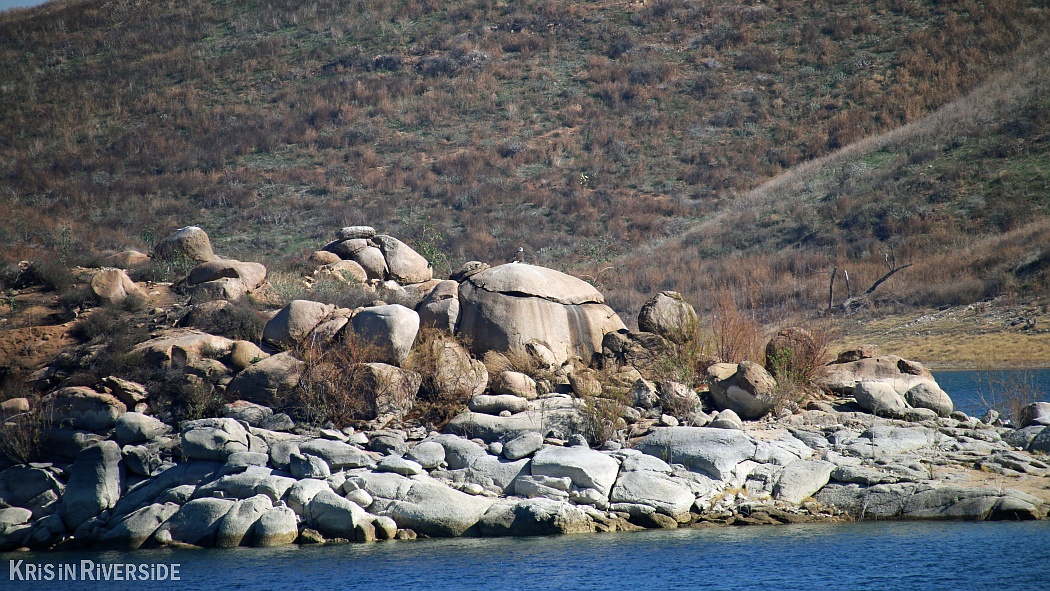 When I got home and zoomed in on the pictures, I realized it was a bald eagle, not the osprey. 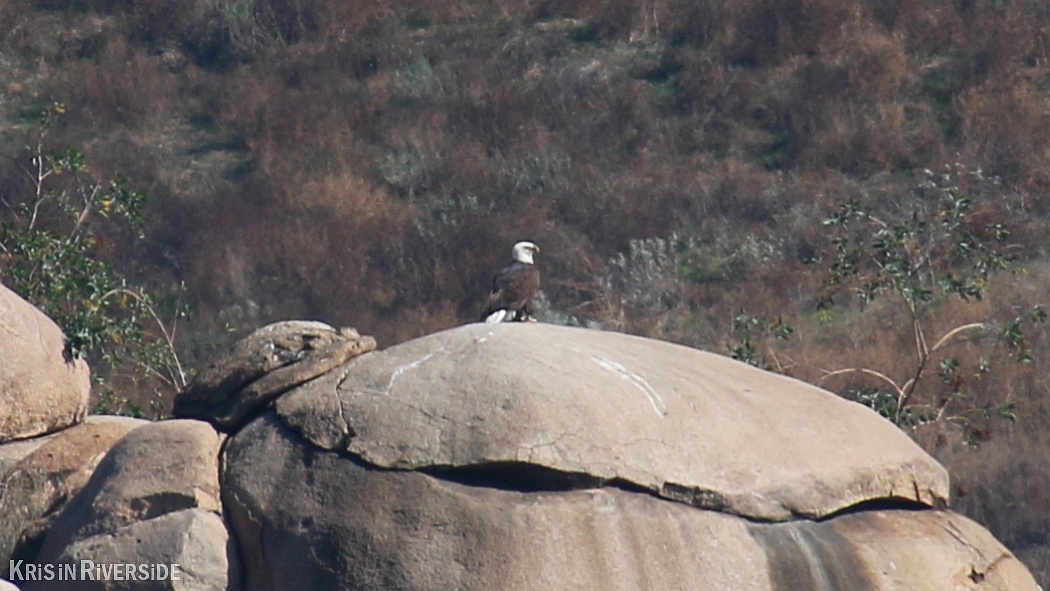 I eventually found the osprey… 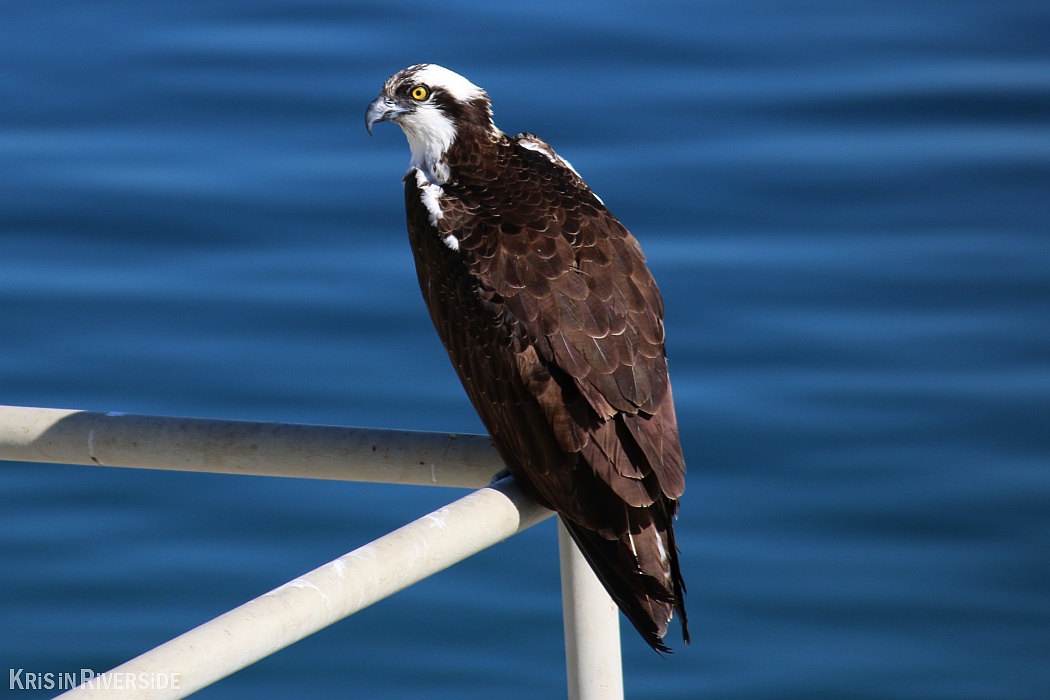 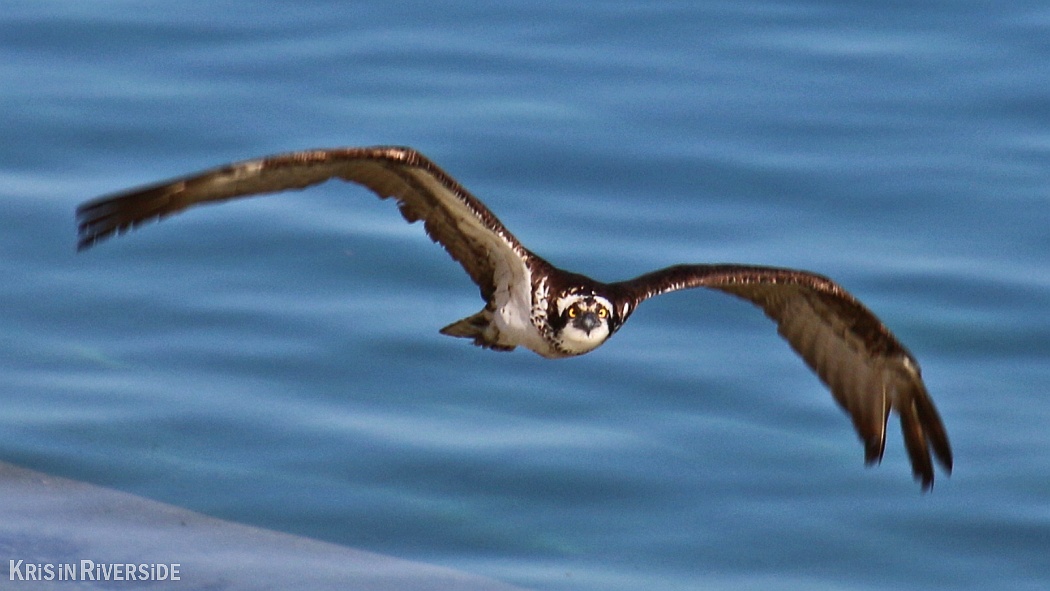 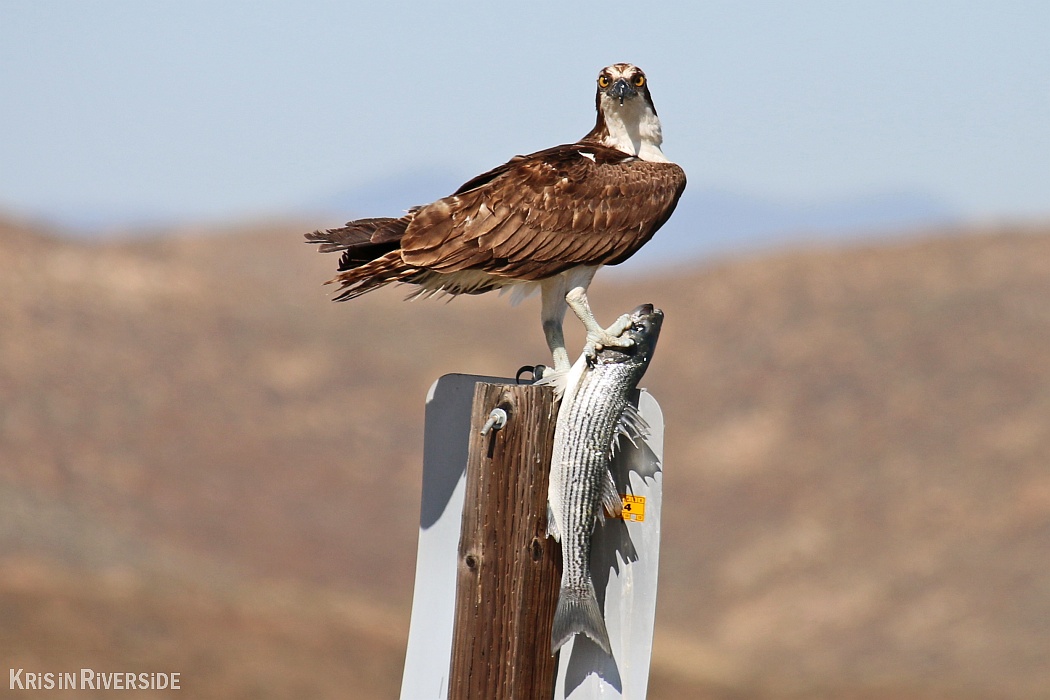 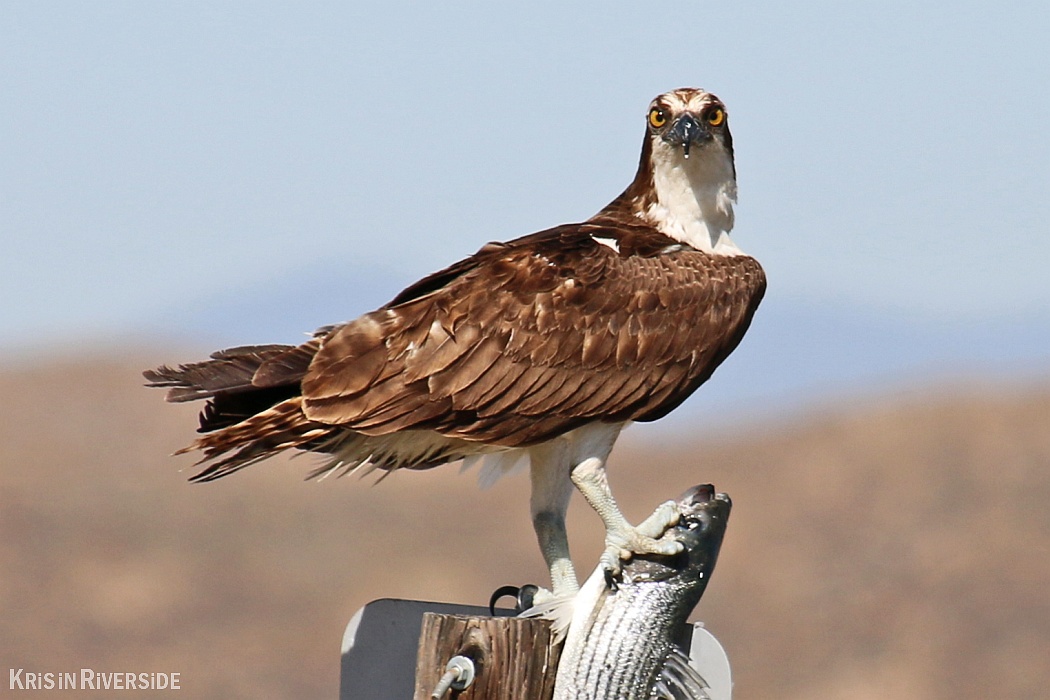 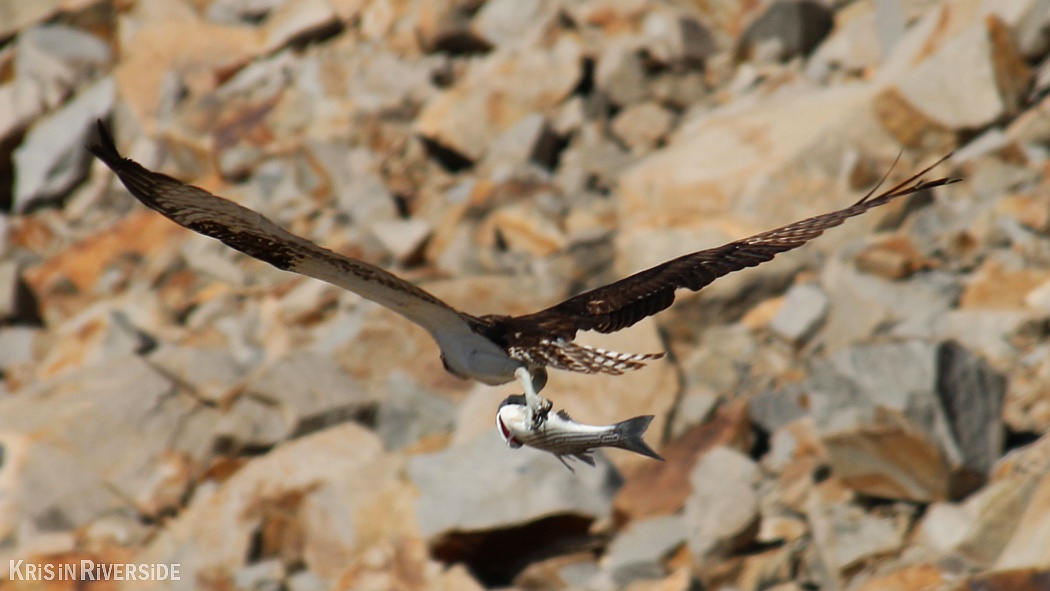 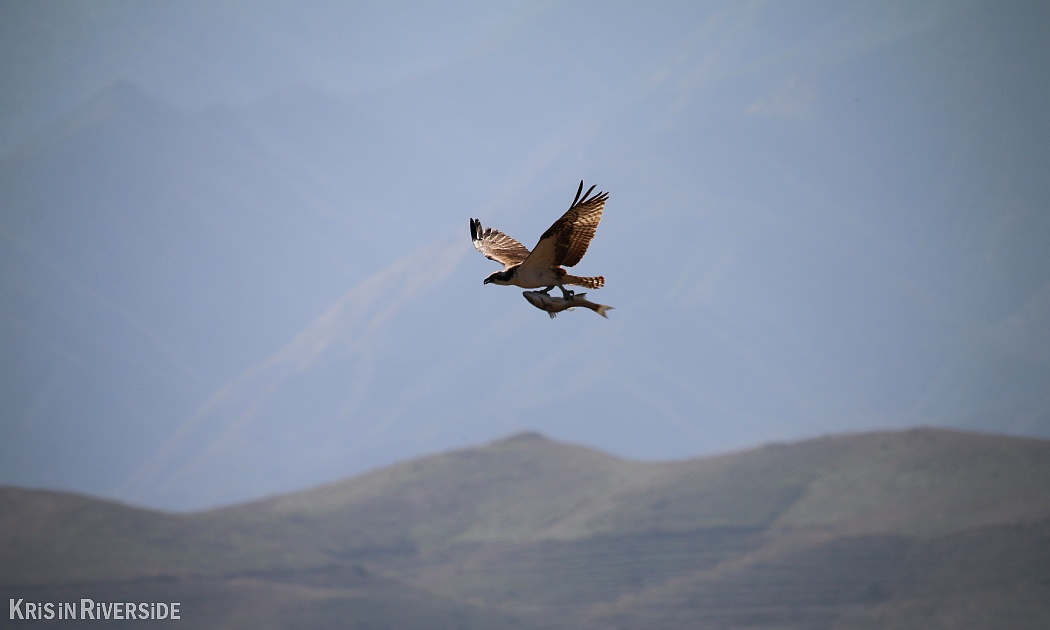 We have seen bald eagles at Lake Mathews once before back in January 2016: 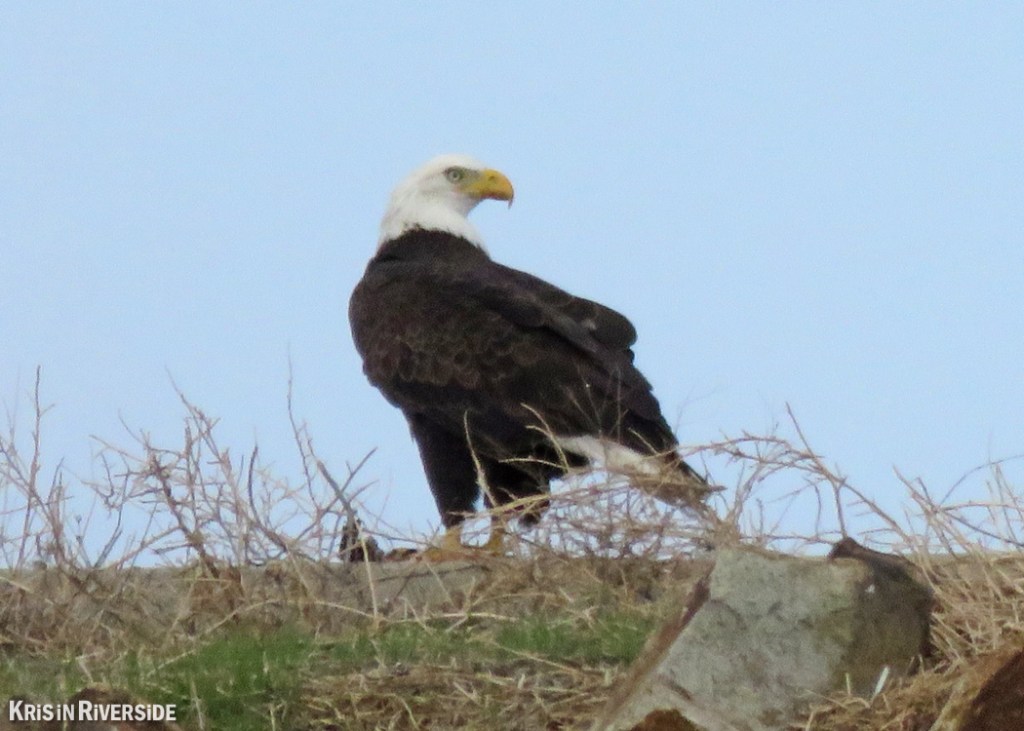 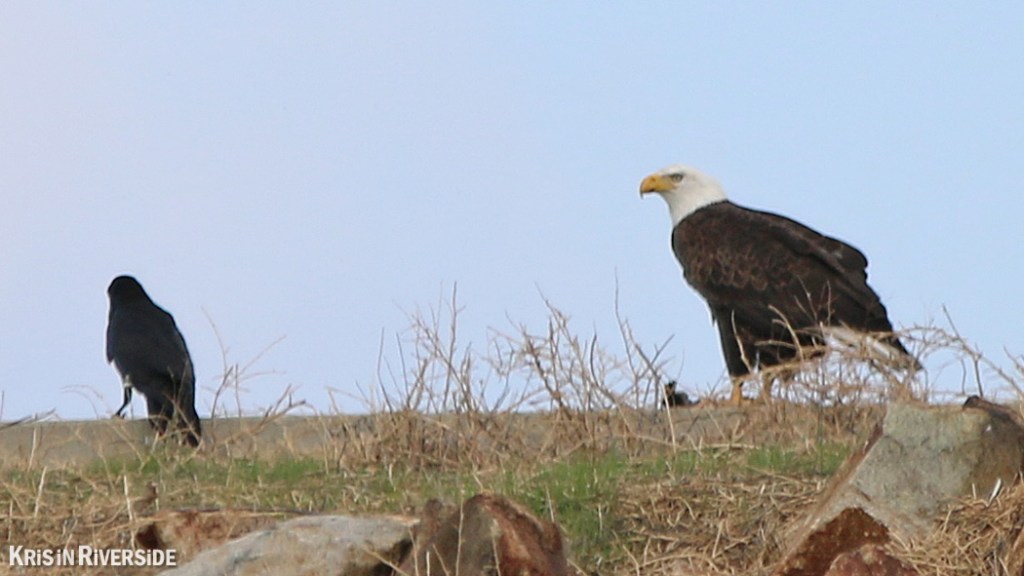 We saw two eagles that day, but we could only get close enough to one of them to get any decent pictures. Unfortunately, we were still too far away to get good pictures. Hopefully that will change some day.

Some facts about bald eagles:

Bald Eagles live near rivers, lakes, and marshes where they can find fish, their staple food. Bald Eagles will also feed on waterfowl, turtles, rabbits, snakes, and other small animals and carrion. […]

Bald Eagles may live 15 to 25 years in the wild, longer in captivity.

The Congress finds as follows:
(1) The bald eagle was designated as the national emblem of the United States on June 20, 1782, by our country’s Founding Fathers at the Second Continental Congress.
(2) The bald eagle is the greatest visible symbol of the spirit of freedom and democracy in the world.
(3) The bald eagle species is unique to North America and represents the American values and attributes of freedom, courage, strength, spirit, loyalty, justice, equality, democracy, quality, and excellence.

Some facts about ospreys:

The osprey (Pandion haliaetus)—also known as the sea hawk, fish eagle, river hawk or fish hawk—is a large raptor, reaching more than 24 inches in length with a wingspan of up to 71 inches. As its other names suggest, the osprey’s diet consists almost exclusively of fish—up to 99% fish. […]

The typical lifespan of an osprey is 7–10 years, though rarely individuals can grow to as old as 20–25 years.

Driving by Lake Mathews today, my wife yelled, “There they are!”

She was referring to the bald eagles we have heard about that nest at Lake Mathews during the winter. Here is the iPhone picture I snapped when we pulled over: 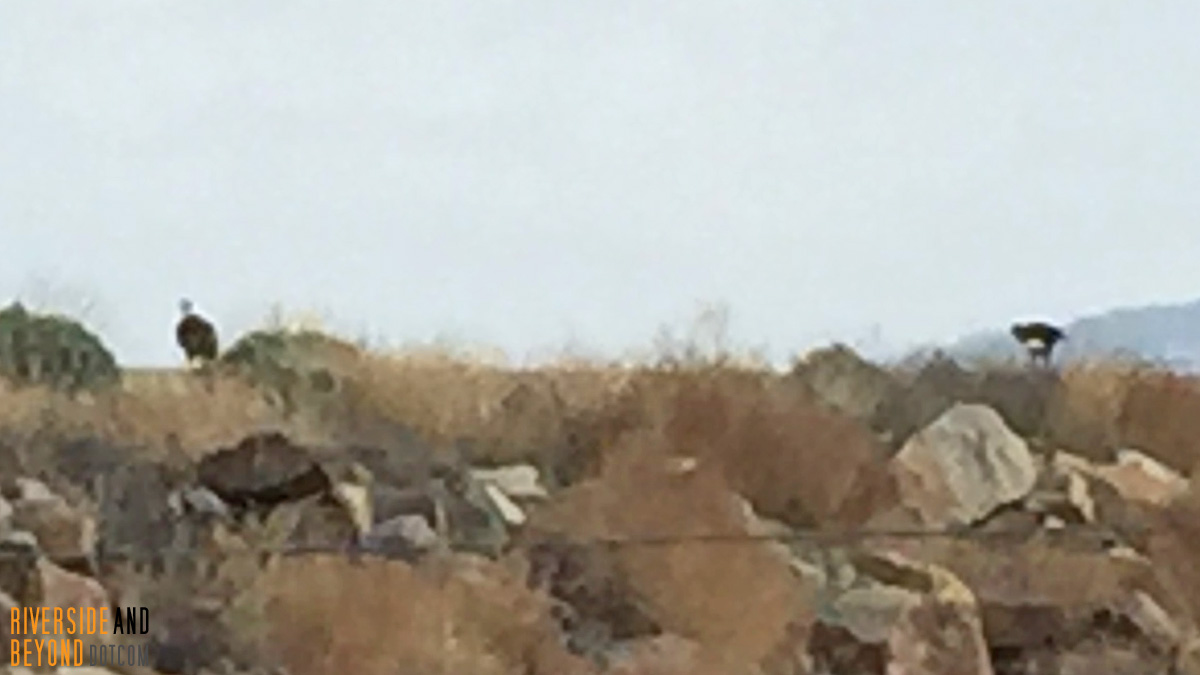 We immediately turned around and headed home to grab our cameras.  When we returned, we were fortunate that this beautiful bald eagle was still hanging around enjoying a meal: 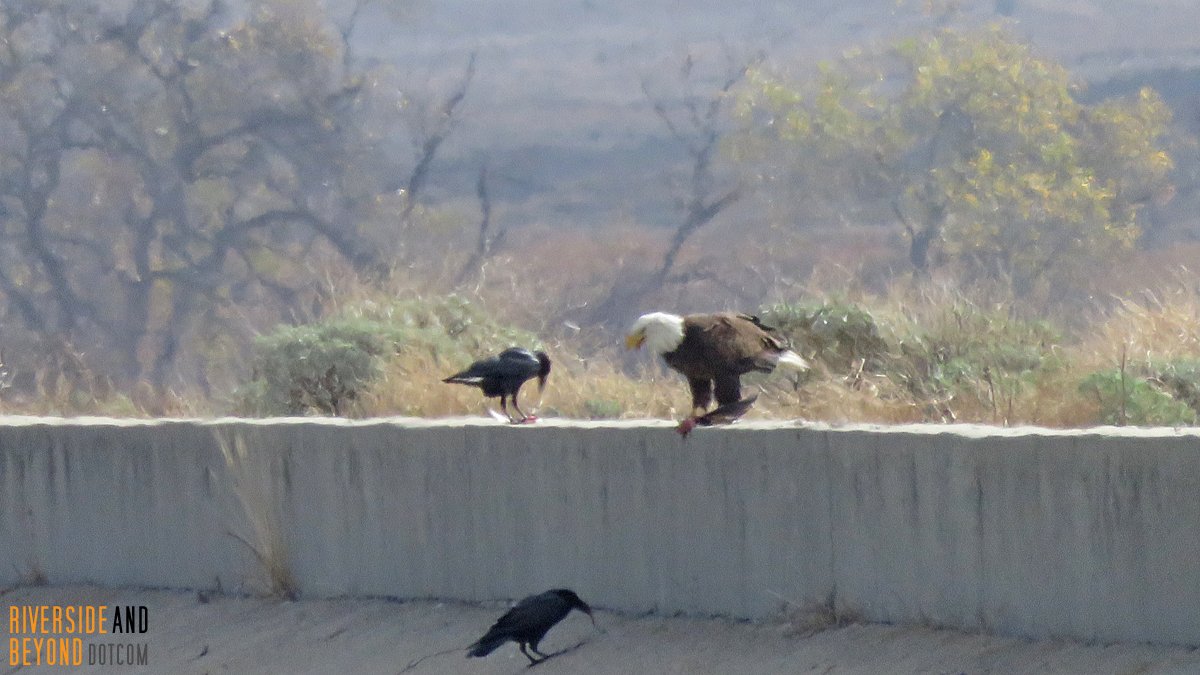 Just as I was walking along the roadway to try a different vantage point, the eagle flew away… 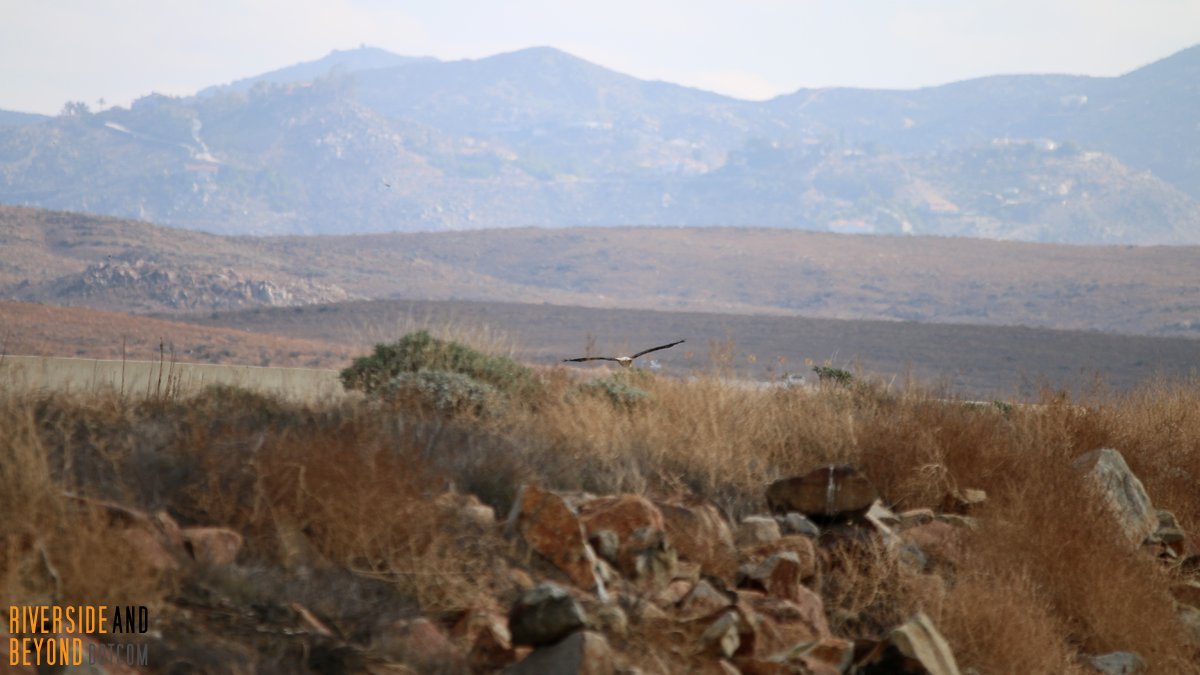 Fortunately, the eagle landed on the Cajalco side of the dam. Although we couldn’t get close enough to get great pictures, we still managed to get a few that were decent enough to post: 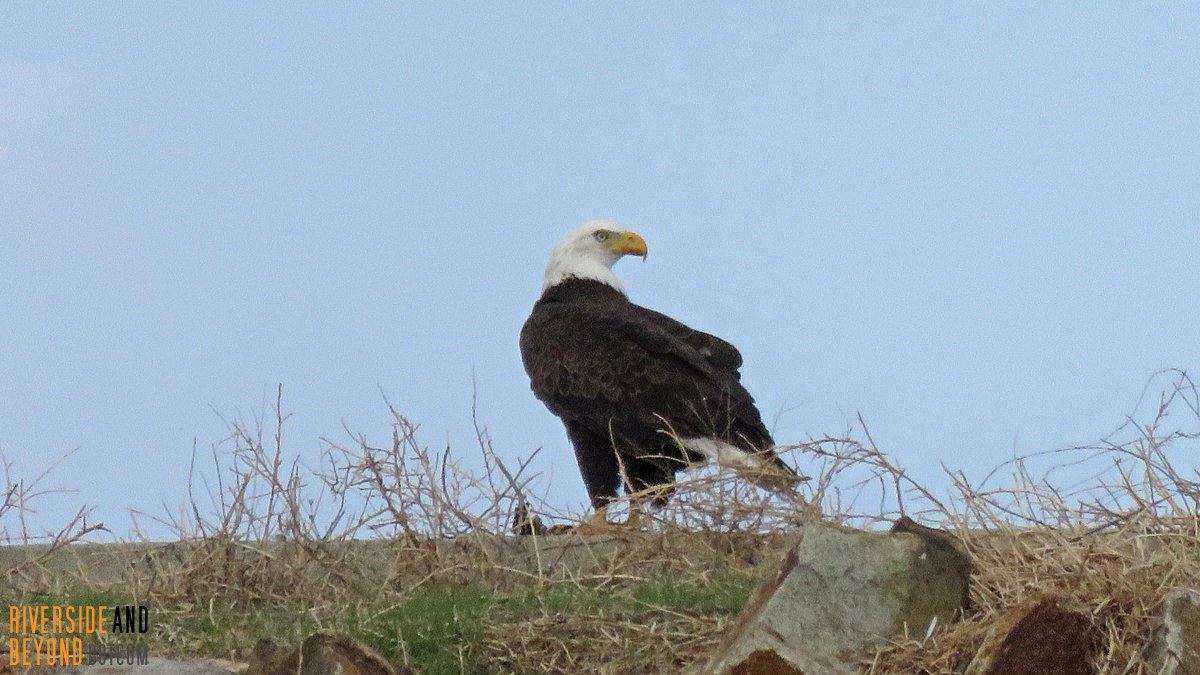 Seeing our national emblem out in the wild was such a great experience.

“The Congress finds as follows: (1) The bald eagle was designated as the national emblem of the United States on June 20, 1782, by our country’s Founding Fathers at the Second Continental Congress. – From the American Bald Eagle Recovery and National Emblem Commemorative Coin Act 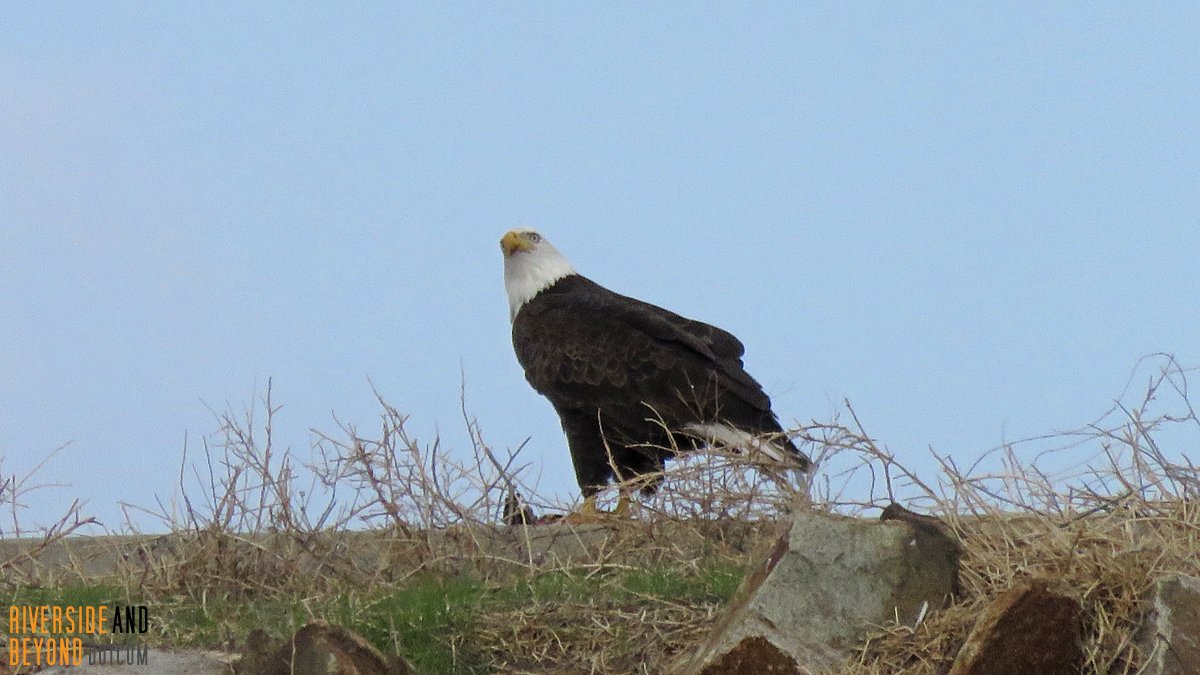 A few facts from The U.S. Fish & Wildlife Service:

Eagles mate for life, choosing the tops of large trees to build nests, which they typically use and enlarge each year. Nests may reach 10 feet across and weigh a half ton. They may also have one or more alternate nests within their breeding territory. […]

Bald Eagles may live 15 to 25 years in the wild, longer in captivity. 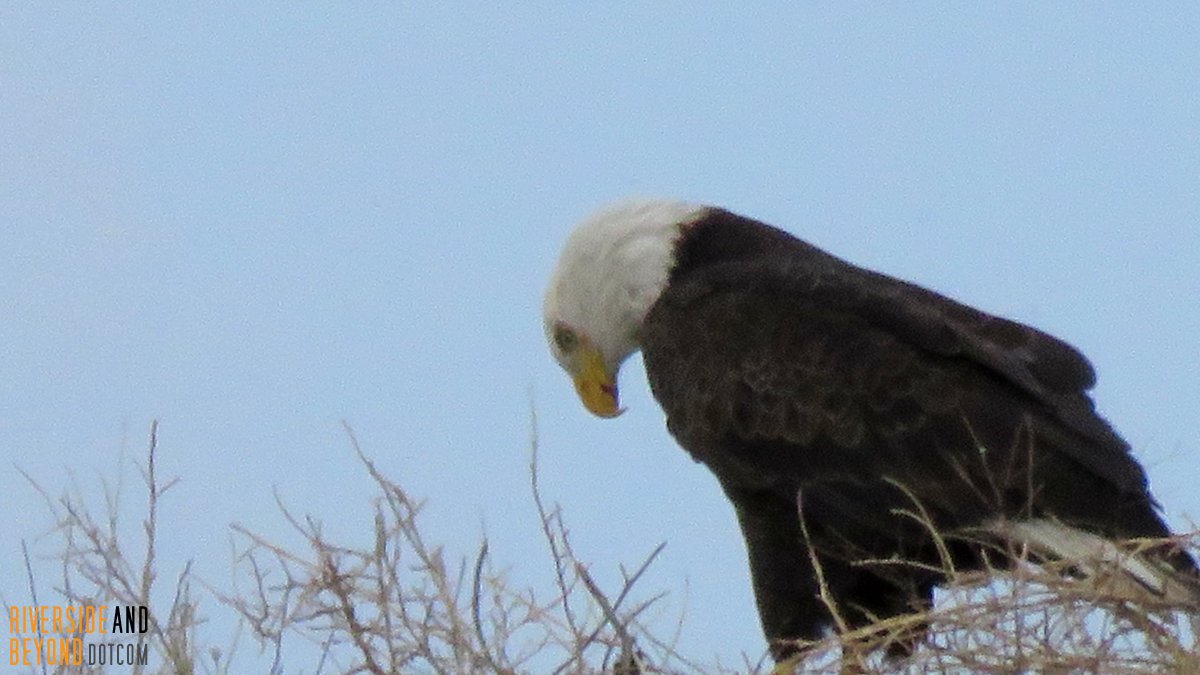 After watching this beautiful creature for a few moments, it flew away. 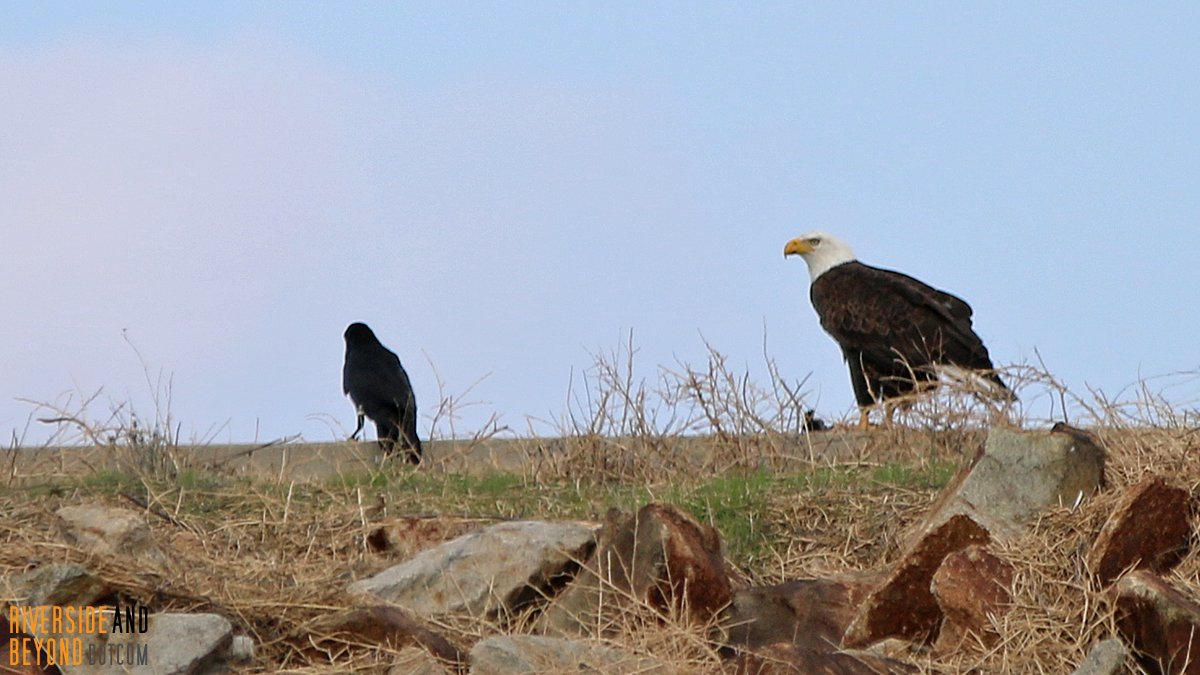 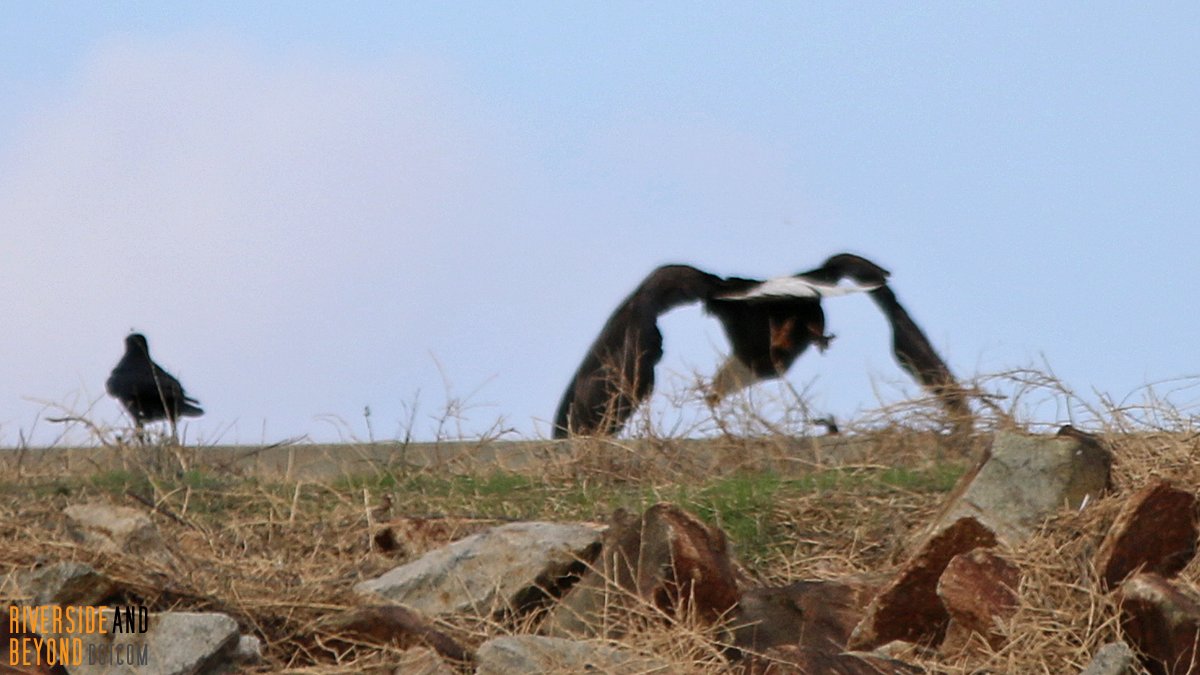 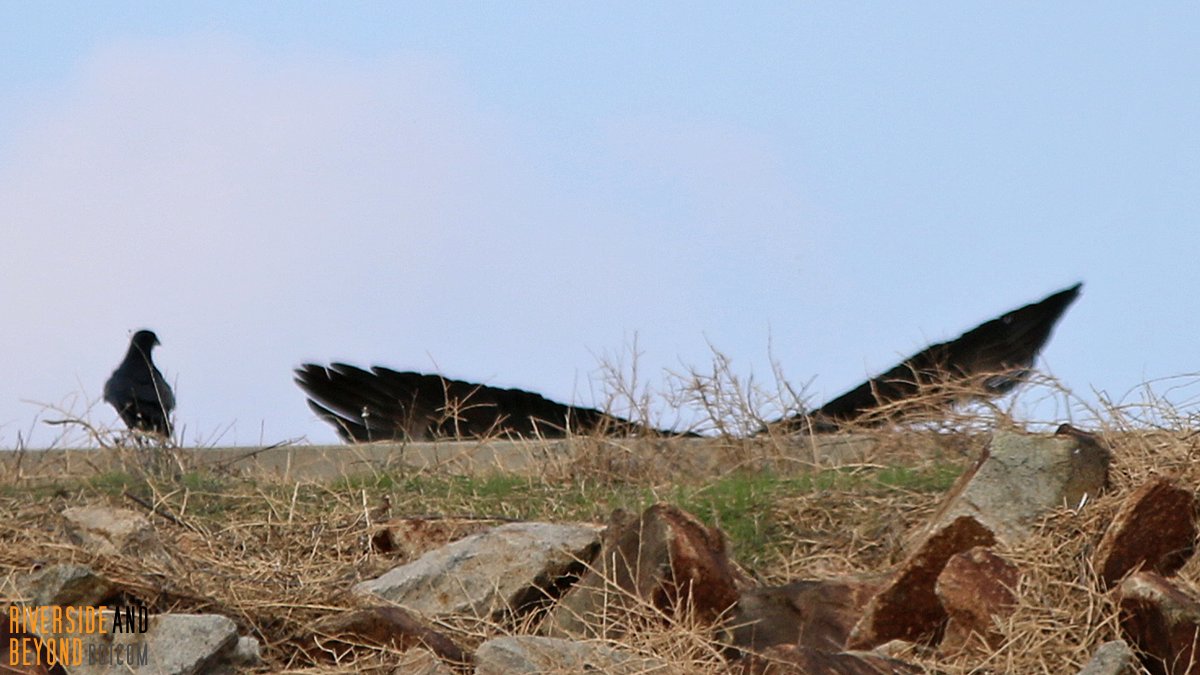