After our first minor league baseball game at Storm Stadium a few months ago, I learned that the Rancho Cucamonga Quakes franchise is the Class A Advanced minor league team of the Los Angeles Dodgers.

My youngest son is a huge Dodgers fan, so we went to our first Quakes game a few days ago. The game was a lot of fun. The Quakes beat the High Desert Mavericks 7-5, and because the Quakes scored 7 runs, we got free tacos from Jack in the Box. 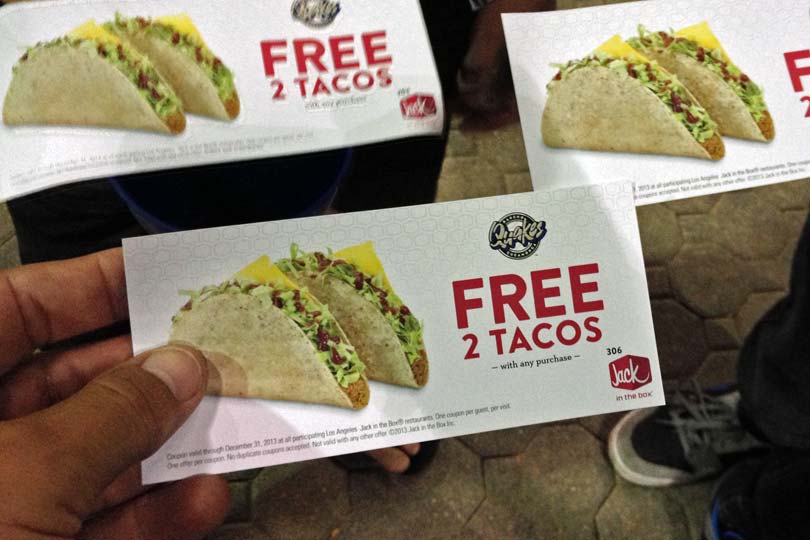 After the game, I “liked” the Quakes on Facebook, and found out that Matt Kemp would be the designated hitter on Thursday, 08/29/13. I bought tickets for that game too.

Matt Kemp (0 for 5) and the Quakes (14-3 loss to the High Desert Mavericks) didn’t have a great time last night, but we did. 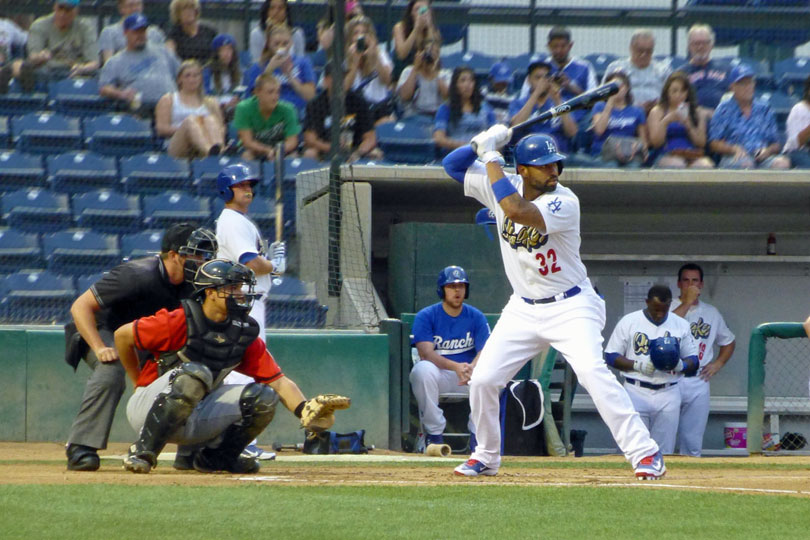 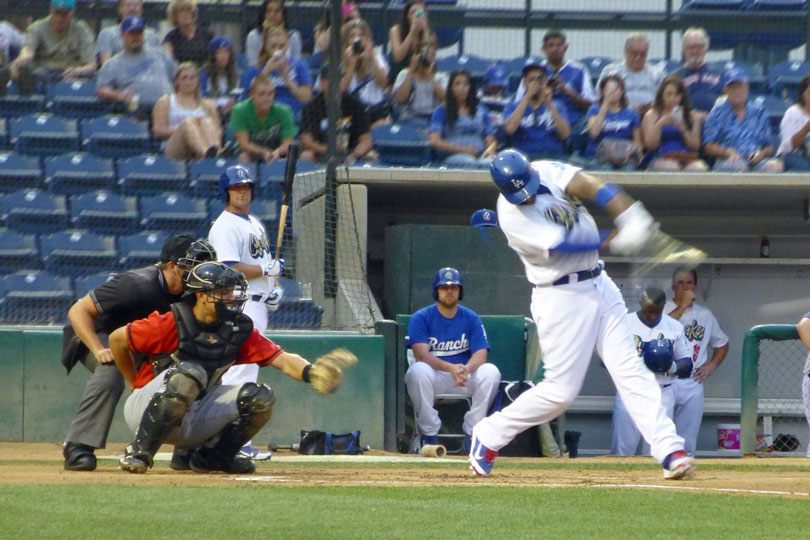 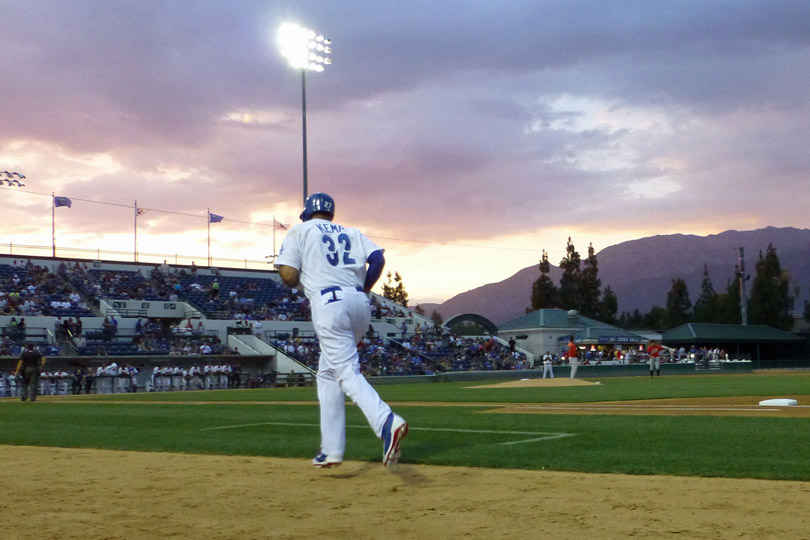 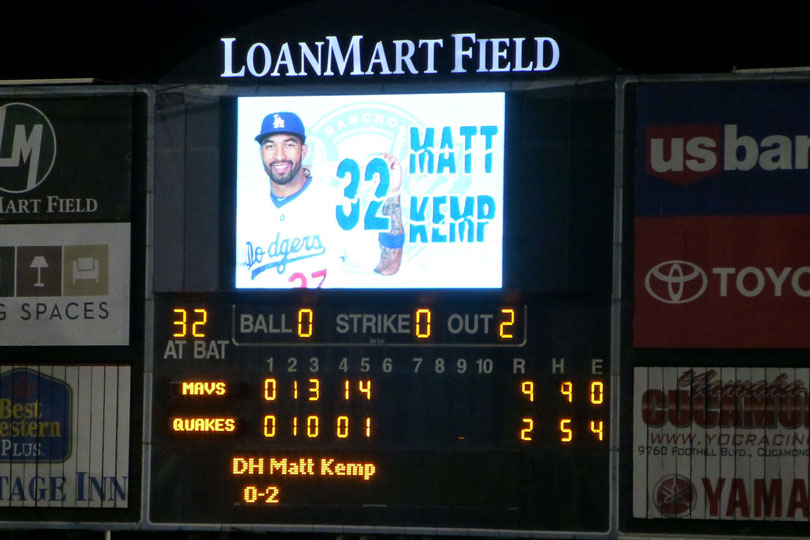 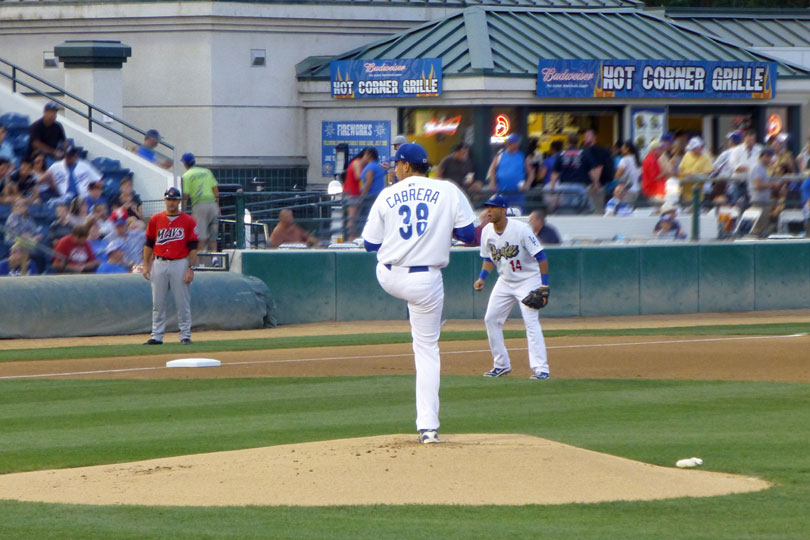 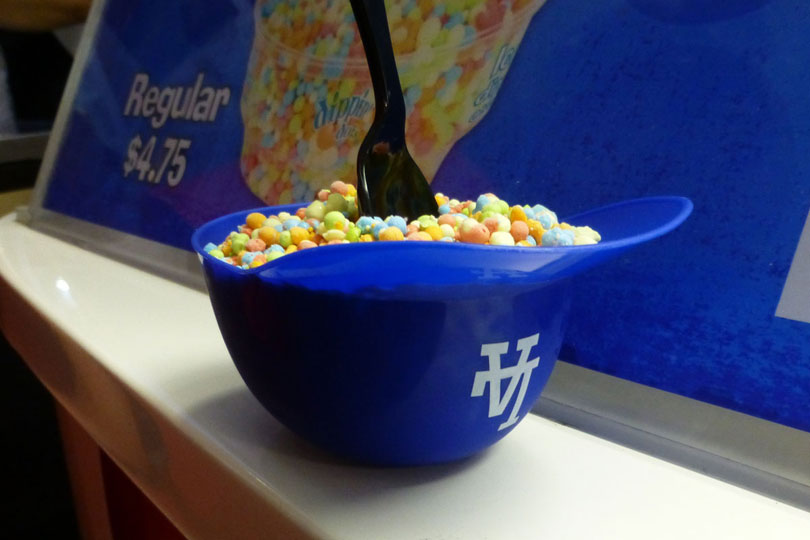 Minor league games are a lot of fun… easy parking, smaller crowds, less expensive tickets, great baseball and a lot of promotions and entertainment for the family. When I took my son to a Dodgers game a few weeks ago, it probably took about an hour to get out of Dodger stadium after the game. I doubt that it takes us more than 10 minutes to get from our seats to the street after a minor league game.

Besides, where else can you see a Rallysaurus dance to YMCA and get free tacos if your team scores 7 runs? 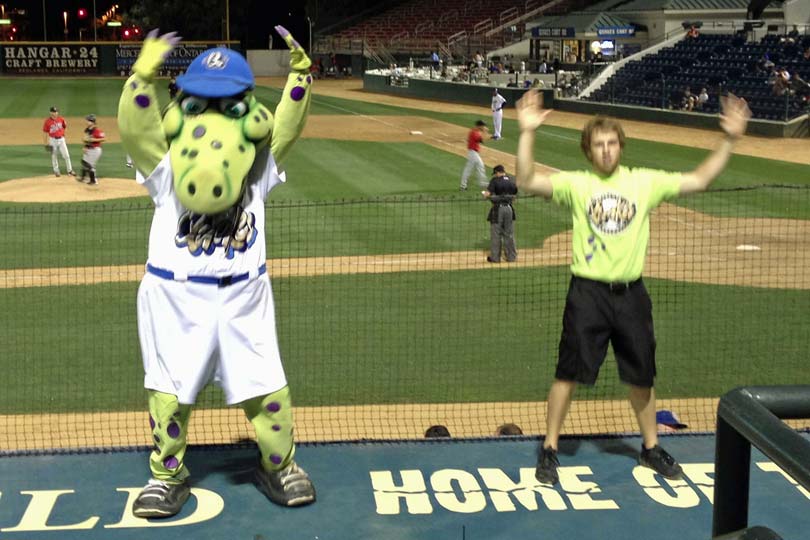 You can find information on the following Southern California Class A Advanced teams on the MILB.com website:

This is a nice stadium, and the game was very family friendly. Kids were allowed to run on the outfield in between one of the innings and around the bases after the game (supervised, of course).

These Class A Advanced teams include players that have been drafted by MLB teams, so the level of play was really good. Both teams play in the California League, which is the highest level of Minor League Baseball that you will find in Southern California.

You can catch some Triple-A games in California if you feel like driving up to Fresno or Sacramento.

If you want to watch some high level baseball and don’t want to deal with the drive, expense or crowds associated with MLB games, check out some Class A Advanced California League action.

Baseball is my youngest son’s favorite sport, so I am sure that we will be catching some more games.

You can find information on the following Southern California teams on the MILB.com website: