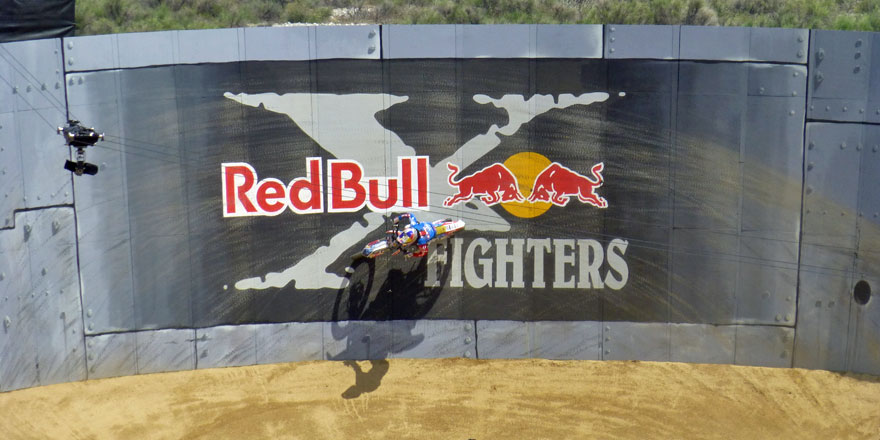 I took my oldest son to the Red Bull X-Fighters competition at Glen Helen Raceway yesterday. The stands were packed, but after a few wind delays, the event was canceled.

In between wind delays, the event started and proceeded through rider introductions, but ended before the actual competition began.

Kim Coates (Tig from Sons of Anarchy) and Zakk Wylde opened the show: 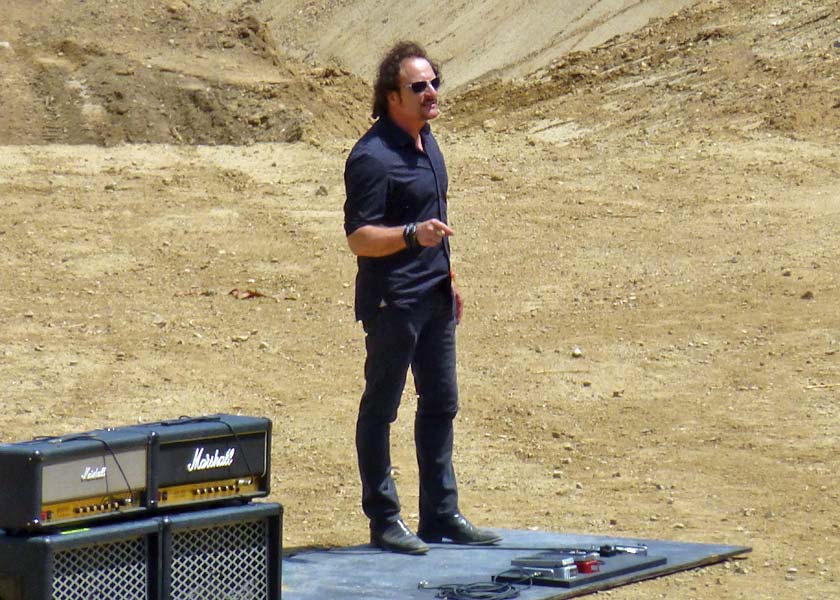 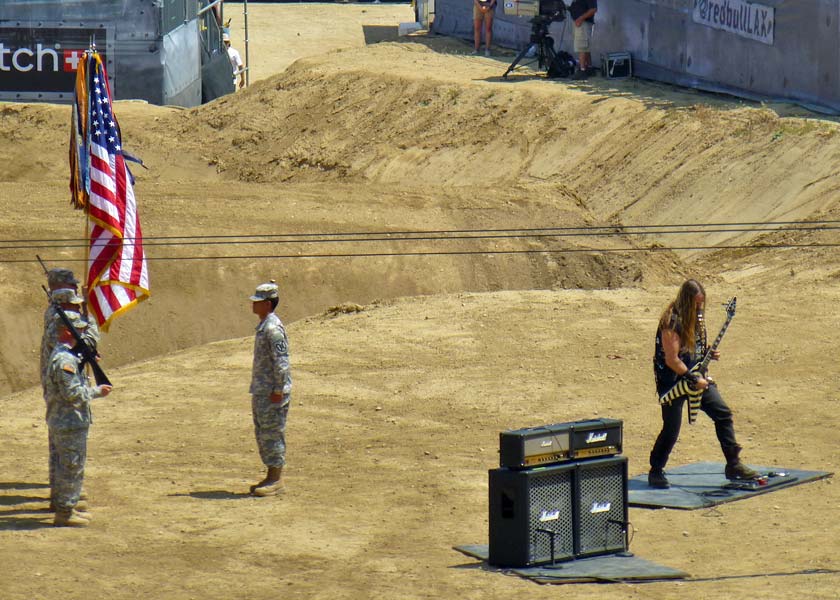 The eight riders came out for their introductions and performed a few warm up jumps: 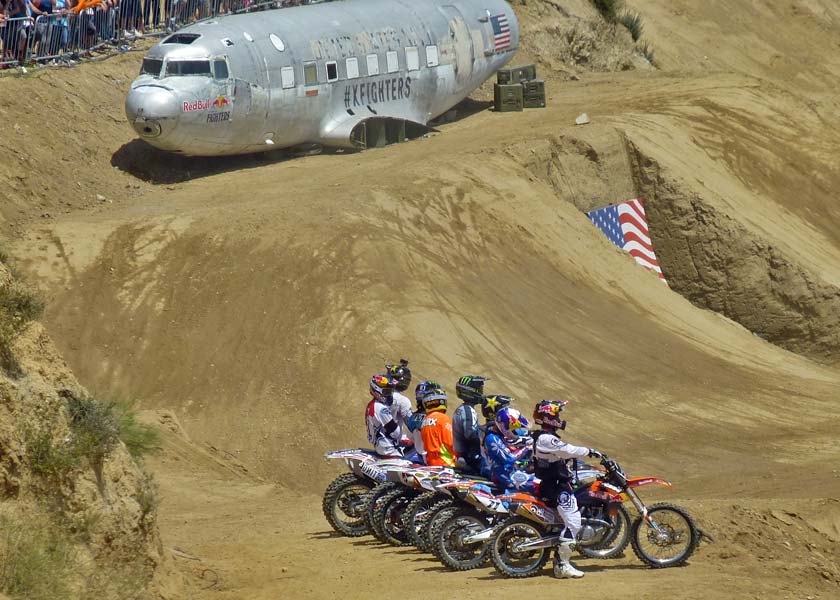 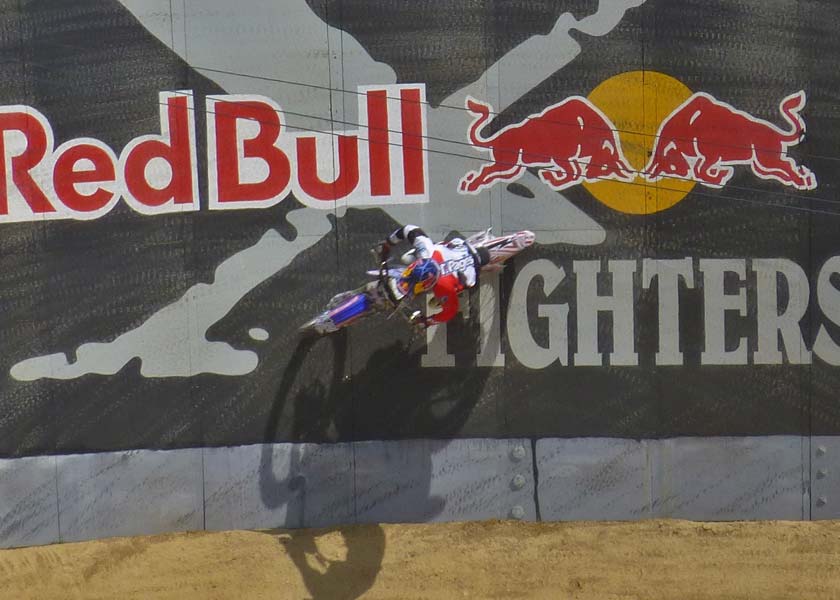 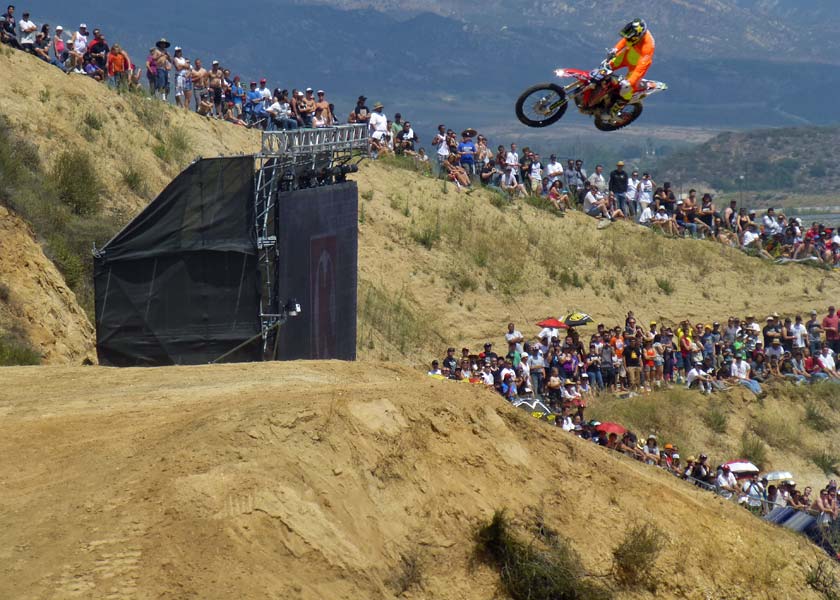 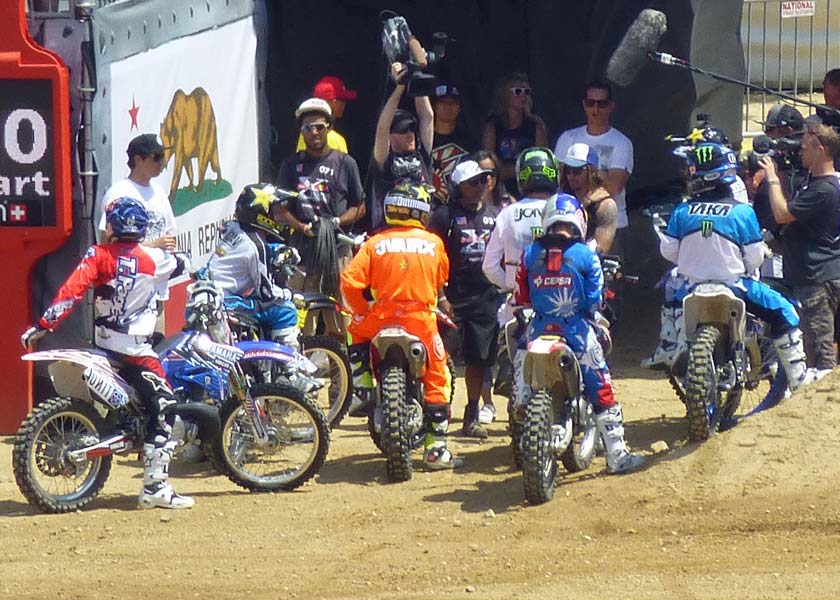 More wind delays followed the introductions, but we got to briefly see the Red Bull trophy truck in action: 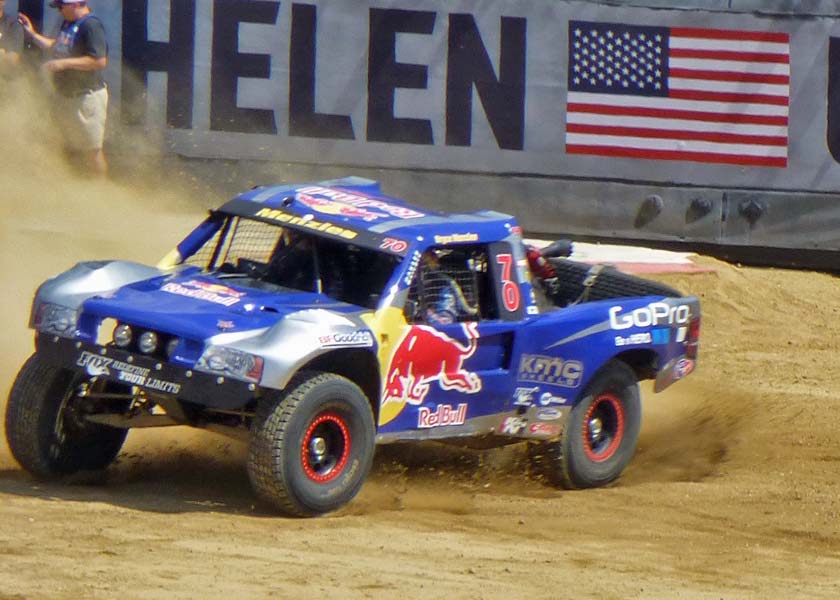 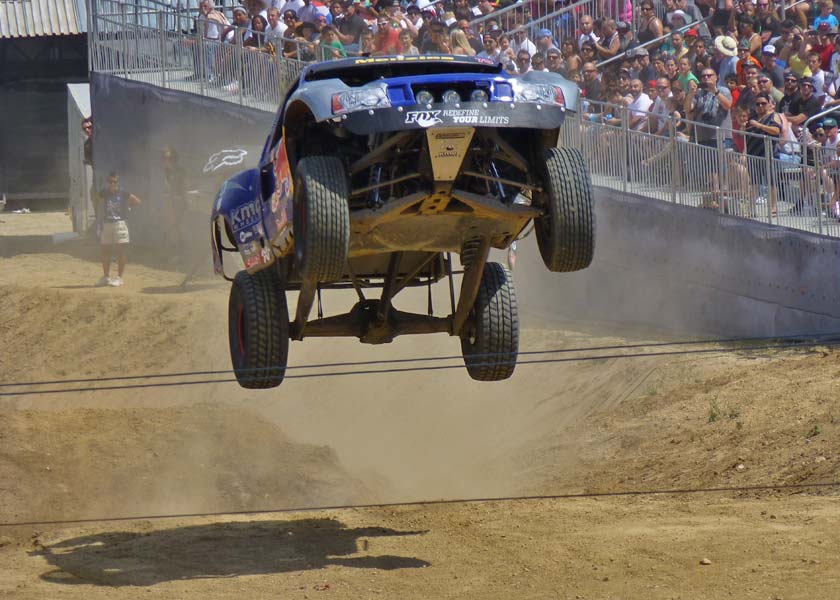 Since there was nothing else to take pictures of during the wind delays, I snapped a few of the TV helicopters: 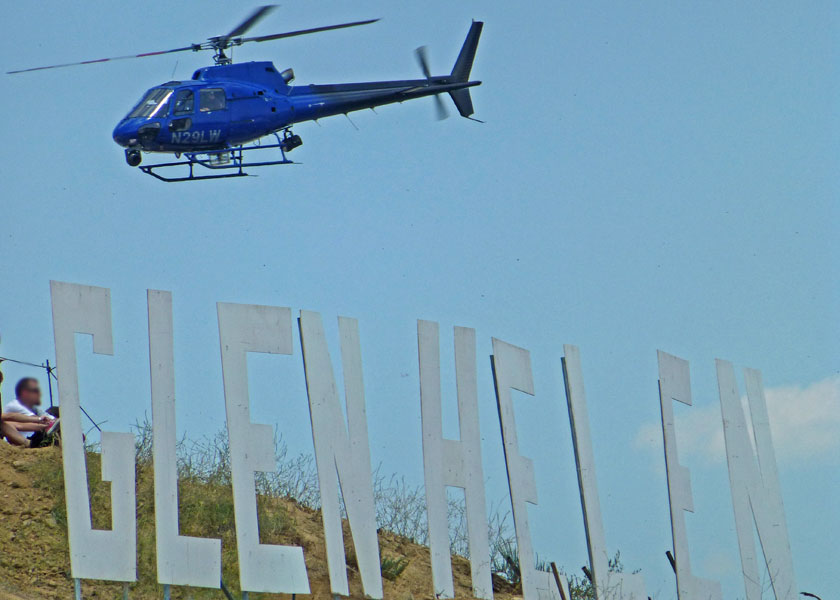 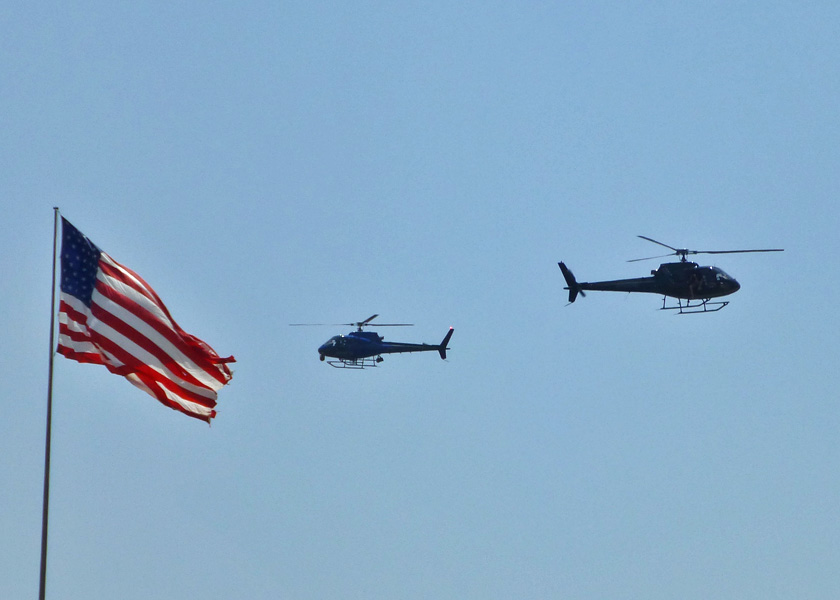 After another wind delay, we finally gave up and went to the exit to catch a tram back to the parking area at San Manuel. Unfortunately, the trams weren’t there. When the show was finally canceled, and everyone else headed to the exits, there were still no trams. So my son and I, and a few thousand of our closest friends, went on a hike. We found the trams and the drivers sitting at the top of the hill. 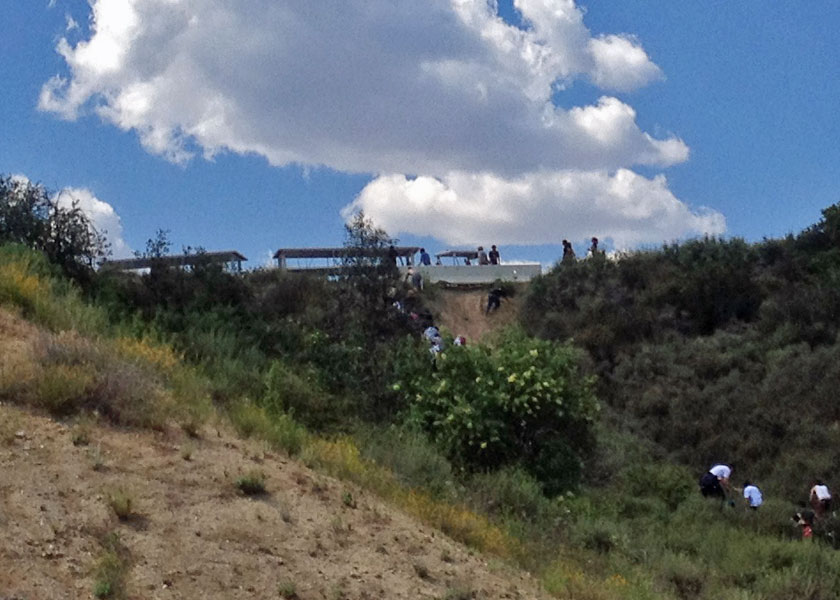 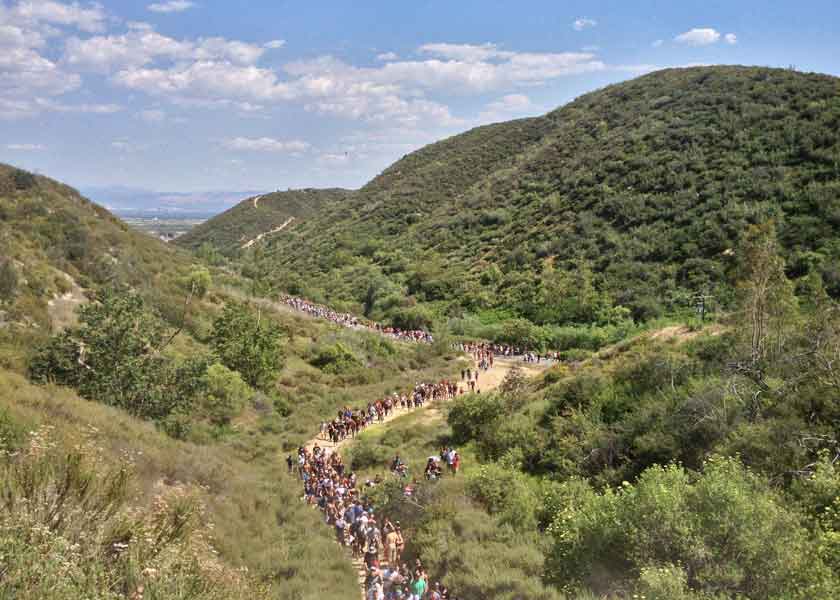 Although it didn’t seem too windy, I don’t fault the riders for not feeling safe to ride in the wind. I don’t do backflips 40 feet in the air, but I do know what it is like to ride a motorcycle and get hit by a gust of wind.

I was very frustrated with the way the delays were handled and the horrible mismanagement of the trams. We had no problem making the trek back to the parking area, but there were many people who did have a hard time. I would like to know why this happened, but for now I will accept my refund.