I was never a big fan of chicken wings until I visited Wingstop for the first time. I’ve tried wings at a bunch of places, including the place with a winged buffalo, but Wingstop is superior. 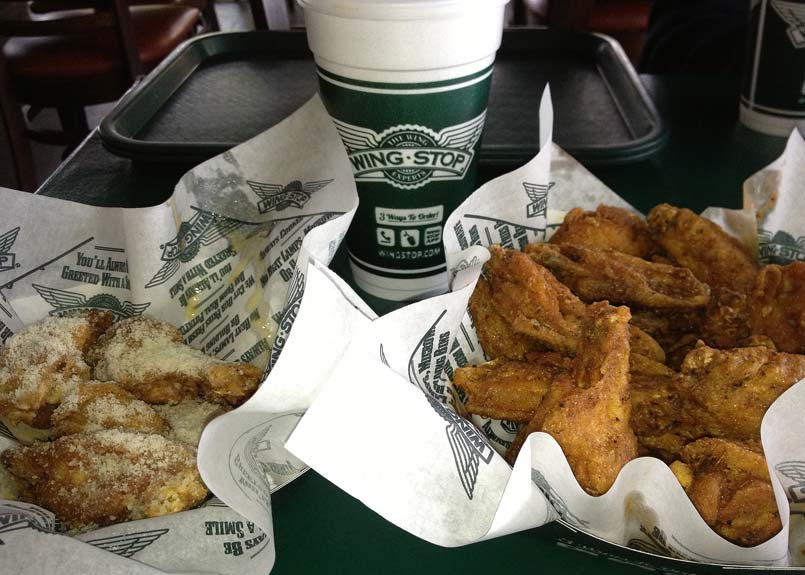 I’ve been to a few Wingstop franchises, and my favorite is the Wingstop on Riverwalk in Riverside. I like the people who work here, the food is consistently good, and there is a nice seating area with a fountain outside. 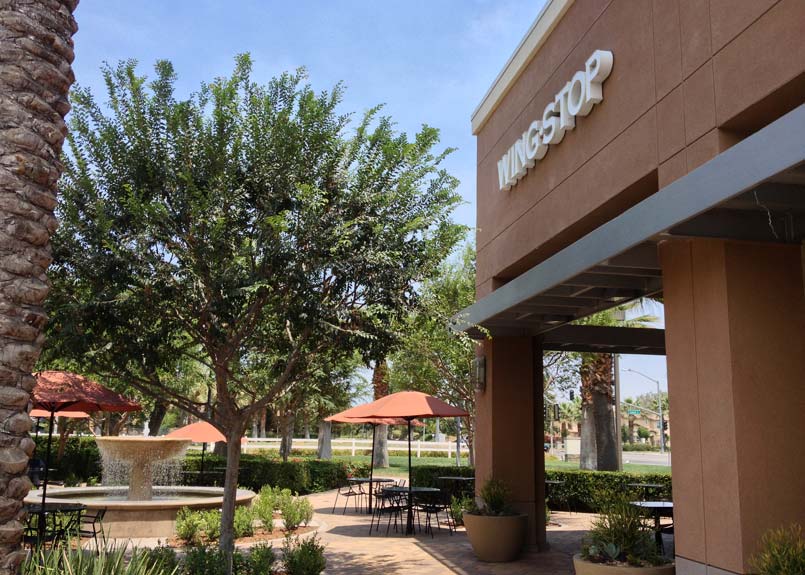 I think the spicy Louisiana Rub is more Cajun than the Cajun flavor, and I love the dry rub instead of the sauce. 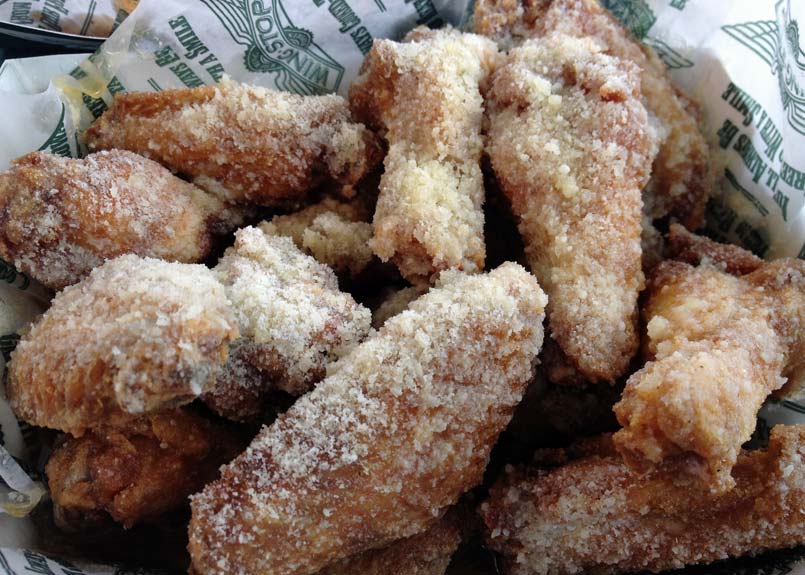 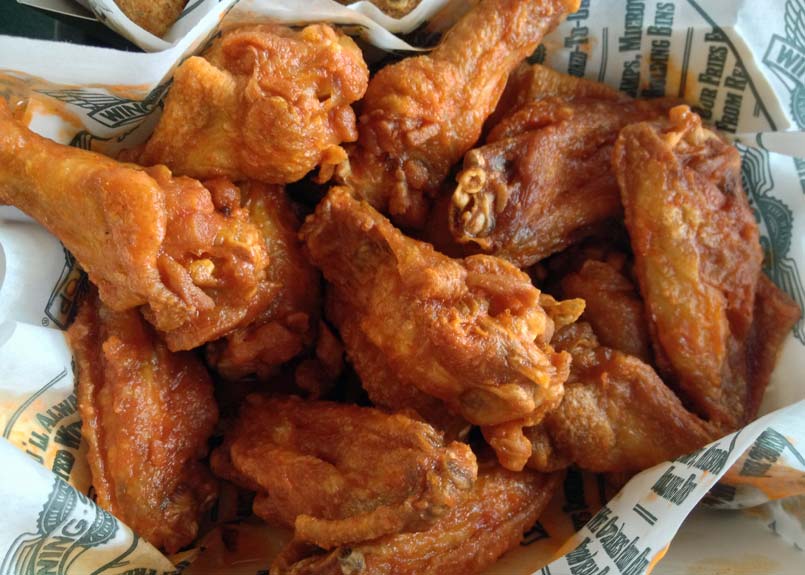 If you don’t like bone-in chicken wings, you can also get boneless wings, which are actually more like chicken nuggets or strips. Unlike the bone-in wings, the boneless wings are breaded. 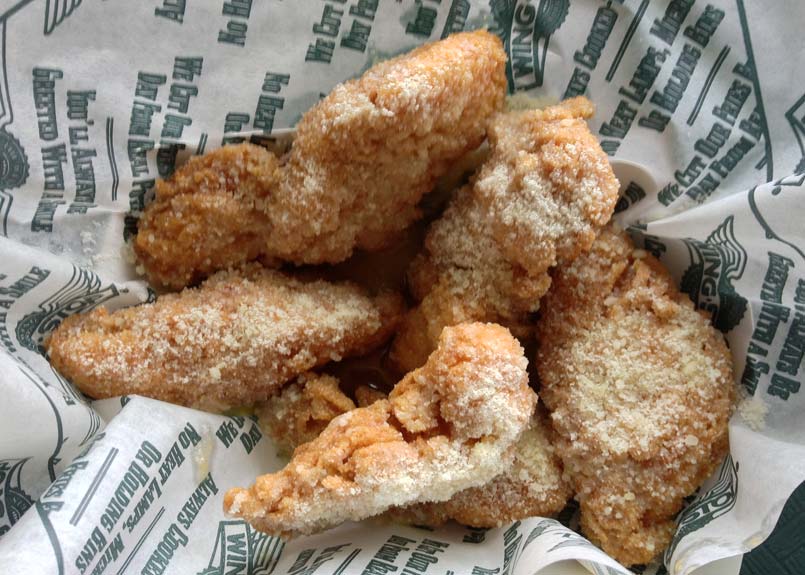 Wingstop also serves boneless wing sandwiches, like these Hickory Smoked BBQ gliders. Some Wingstop locations, like the one on Katella in Orange, have expanded menus that include items such as mozzarella sticks and grilled sandwiches.

I don’t eat bread anymore, but my family says that the fresh baked rolls are pretty good. 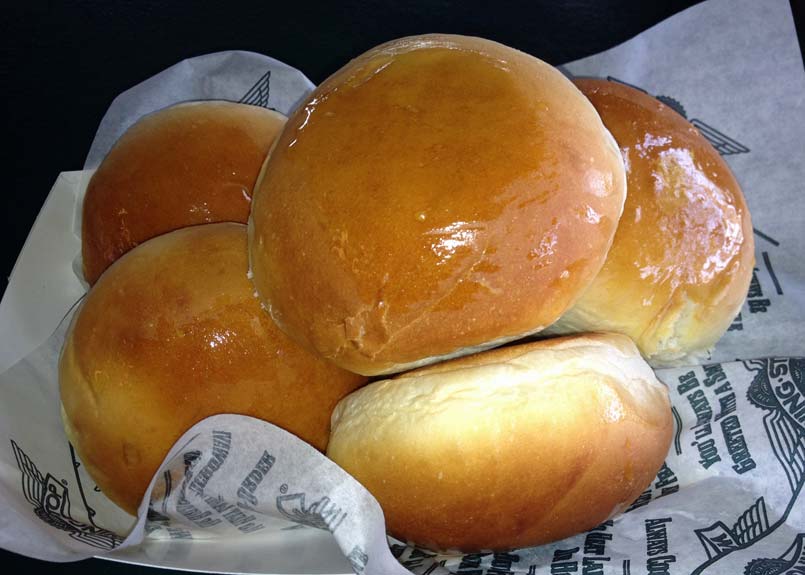 The Riverwalk location doesn’t have a huge seating area, but there have been very few instances when we weren’t able to find a table. 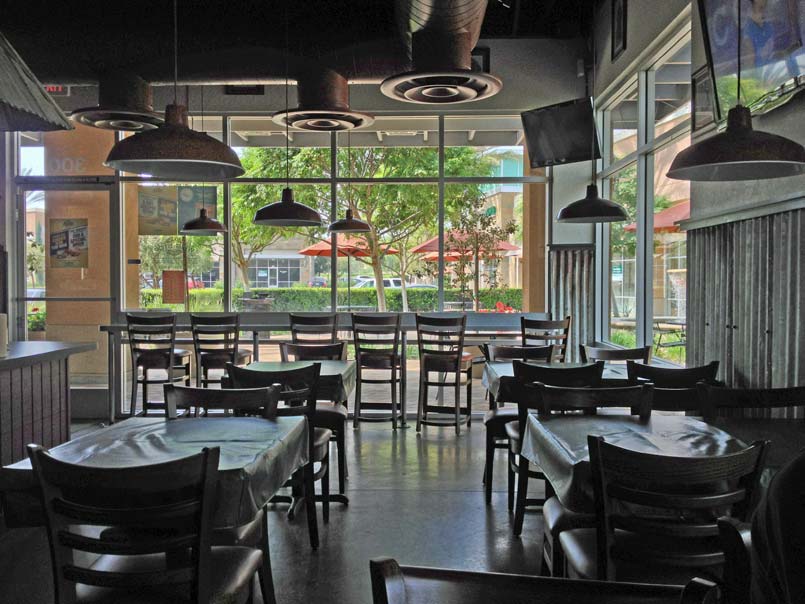 If you’re a chicken wing lover, or even if you’re not, you might want to give Wingstop a try.