We haven’t played too many board games as a family since my kids were much younger. The game we played the most was Monopoly, and we even started to collect various Monopoly editions (I think our favorite was the Transformers edition).

Last night we drove over to Target with the single goal of buying some new games. The first one on my list was Yahtzee.

As we were playing, I remembered that I had some old Yahtzee scorecards from when I was a kid and decided to break them out. 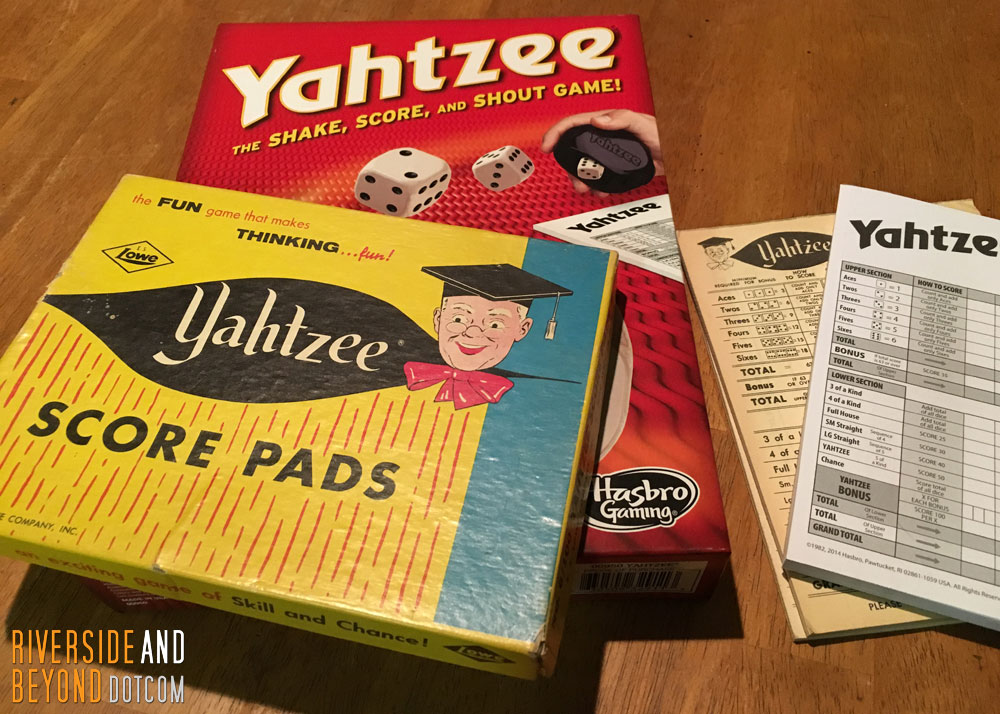 After a little research, I realized that these old scorecards are from the original 1956 version of Yahtzee. I guess that we had plenty of the old ones when I was a kid in the 70s/80s.

I remembered the basics of the game, but I wasn’t sure if there was a Yahtzee bonus on the scorecards we used when I was a kid. Nope. 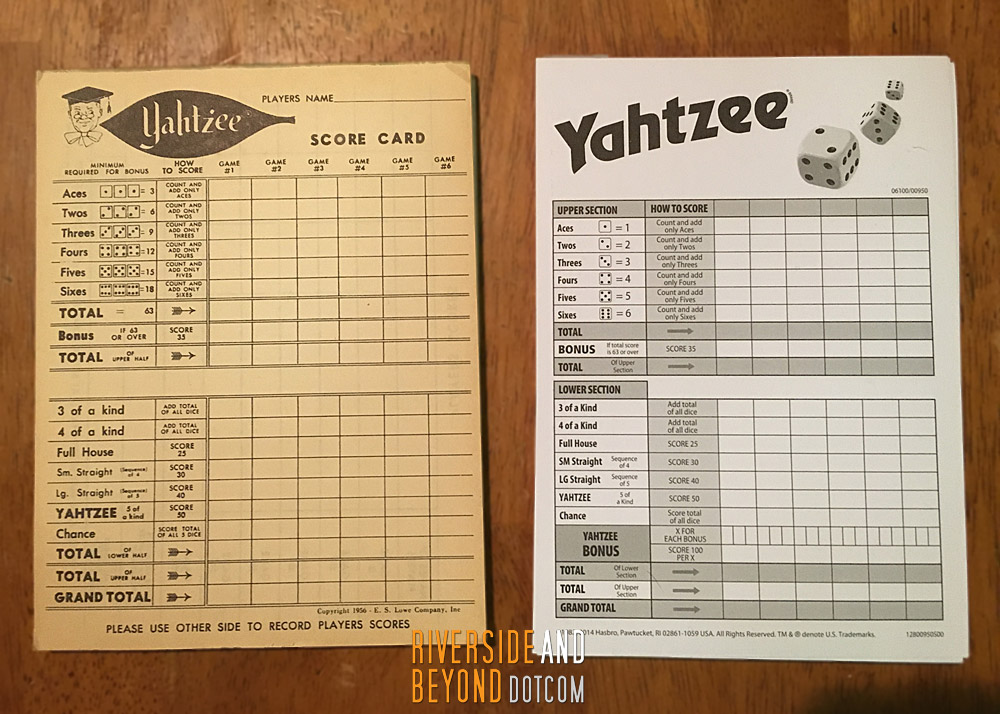 Thanks to the bonus, my wife demolished us. Three Yahtzees.

It was fun to play a game with my family that I enjoyed as a kid.

As a bonus, I also found my late parents’ travel Scrabble game. 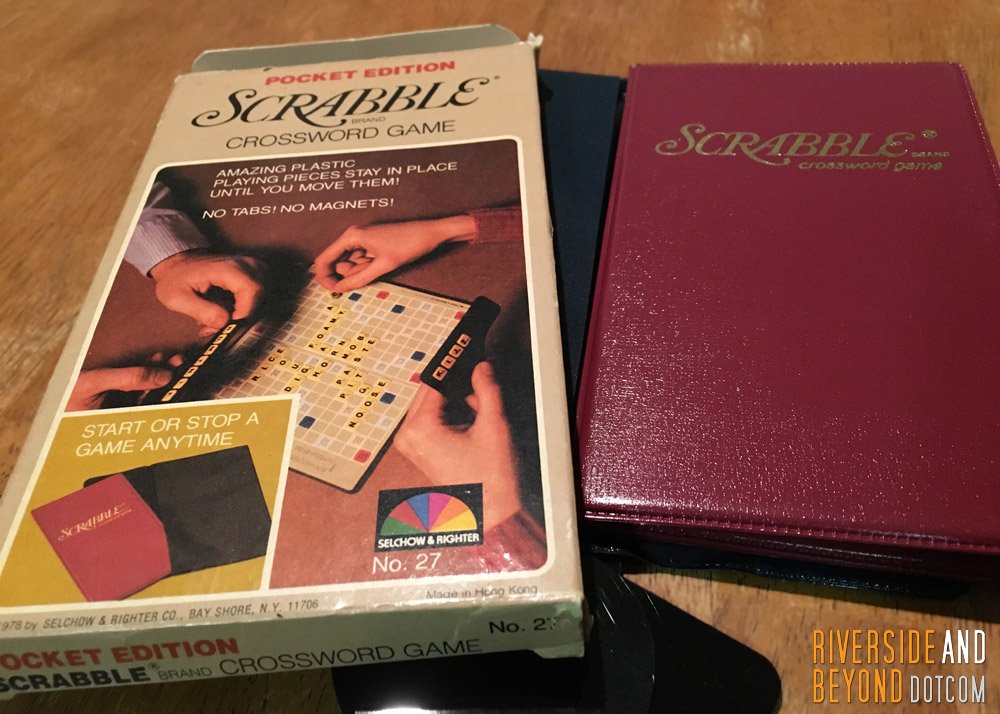 A little nostalgia built in to family game night.